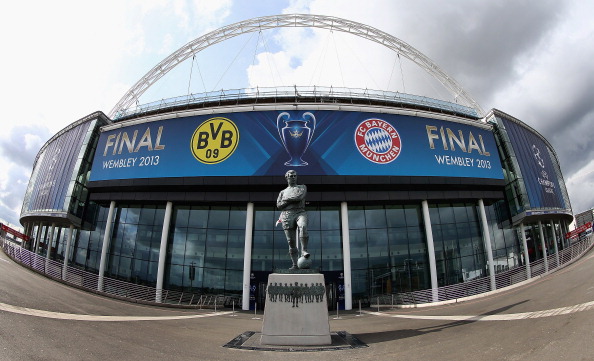 Two days before the May 25 Champion’s League final in London, the starting position for the two contestants couldn’t be more different.

Since their May 1 qualification for the final, Bayern have won their remaining Bundesliga games, except for a draw away from home at Dortmund. Dortmund managed the draw against Bayern, another draw away at Wolfsburg and lost their last game at home against Hoffenheim, a team battling against relegation.

Bayern have all their key players on board and only have to replace long-term injured Toni Kroos and Holger Badstuber. Dortmund are missing key playmaker Mario Götze due to a hamstring injury and central defender Mats Hummels is struggling with an ankle injury, but should make the final.

This is not the only reason why bookmakers Bwin see Bayern as heavy favorites, paying only $1.67 for every dollar bet. If Dortmund wins, $4.33 are paid out.

And yet, nobody at Bayern thinks this the game will be won by itself, as the German word “Selbstläufer”, which is often used in this context, indicates.

Bayern Captain Philipp Lahm told German magazine Kicker that Bayern will have to play “at the top of their game” to win against Dortmund. He remains confident, however, regardless of the opponent. “We have a 100 percent chance to win this title now, that was different from previous years,” adding that “Bayern would have been favorites against Real Madrid as well.” Bayern had lost the 2010 and 2012 finals against Inter Milan and Chelsea FC.

BVB coach Jürgen Klopp accepts the role of the underdog, but accentuates his team’s strength. He told Kicker: “Bayern kicked Barcelona and Juventus out of the stadium, they could not even find the exit anymore. This can’t be done with us.”

This claim is not without foundation at all. In the previous four games contested by the two sides, Bayern won two and two were draws. All of the games were exceptionally tight, with not many chances on either side.

If Dortmund replace Götze with a defensive tactical formation, the same can happen in the final. Kevin Großkreutz cold play a third defensive midfielder in a 4-5-1 formation. This would add some defensive stability at the expense of offensive momentum.

Klopp might accept this as he knows that his side can still score from counter attacks or set-pieces; prolific striker Robert Lewandowski can make goals out of half-a-chance, as he demonstrated in the first semi-final game against Madrid, when he found the net four times.

Bayern on the other  hand will rely on the first eleven that dominated the Bundesliga and the Champions League this season. They will play their usual game of ball possession and  fluid passing to create the one chance that might secure them Champions League  glory.