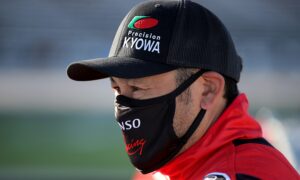 At 47, Ogata Won’t Give Up on Being First Japanese-Born Driver To Break a NASCAR Barrier
0
Share Now
TelegramFacebookTweetEmailTellMeWeReddit
Copy Link 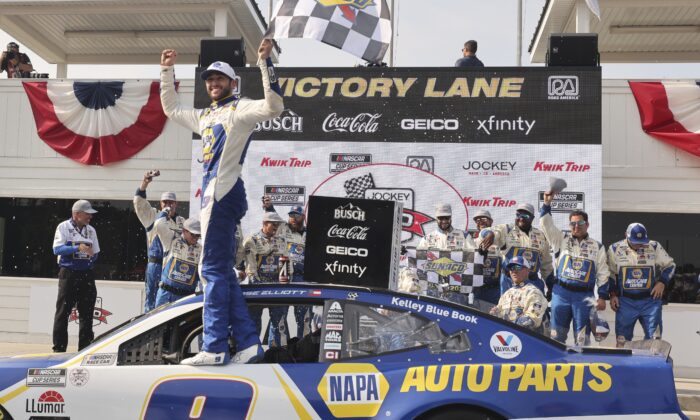 Champion Elliott Learns to Savor Wins in Season of Growth

Chase Elliott heard the roar of the crowd begging for more burnouts and NASCAR’s most popular driver didn’t disappoint his supporters.

He knew his tires couldn’t hold up for a second smoke show at Road America, but Elliott didn’t care following his seventh career road course victory in the first Cup Series race at the Wisconsin track since 1956.

NASCAR’s reigning champion, so grouchy these days, has learned to savor the good times.

“When the day comes that I don’t appreciate it, I should probably go do something else,” Elliott said. “You have to enjoy these moments. They’re way too hard to get. You don’t know if or when you’ll ever get another one. If the fans want a burnout, I’m going to give them a burnout.”

As Wisconsin racing fans roared their approval, Elliott burned down the tires on his Chevrolet then ran out of gas in his victorious Fourth of July celebration. He doesn’t know why the crowd adored him as it did because Elliott said he has no connection to the state.

Elliott is the three-time reigning most popular driver voted by fans, and last year capped his meteor-like career with his first Cup title. Elliott is simply adored everywhere but too humble to see it.

It has made for a strange year because teammate Kyle Larson is the top dog at Hendrick Motorsports right now. Elliott fired up the team again after its six-race winning streak was snapped last week, but Larson has carried the load this season.

Larson has a Cup-best four wins this year, not including the non-points $1 million All-Star race, and Elliott’s win Sunday at Road America was just his second of the season.

Elliott insists there is no jealousy.

“I think it’s great our company’s having success,” Elliott said. “It’s making all of us better. It’s pushing us to be better.”

No current Cup driver is harder on himself when he doesn’t deliver, so Elliott with just two wins has been prickly. Good friend and fellow driver Ryan Blaney said Elliott has wallowed in defeats since they were kids.

Elliott’s father, Bill Elliott, wasn’t the cheeriest or most charming superstar, but he is a NASCAR Hall of Famer and the 16-time most popular driver. Living up to marks set by an icon can be hard enough, but Elliott has also faced his own pressures to meet the hype created when he signed a development deal with Rick Hendrick at 14.

Even “Awesome Bill” is vexed by his son’s persona. Bill Elliott told The Associated Press earlier this year “he acts like he’s loading up the covered wagon heading West instead of doing what he loves.”

And he said that before all that Larson winning. It is technically Hendrick winning because the organization has 10 wins between four drivers over 20 races, but there’s been a whole lot of Elliott losing during the streak, which has made Elliott the champion revert to Elliott the Eeyore.

He brushed if off last week, saying he is allowed to have bad moods and also noting the series has multiple superstars and he’s not the sole face of NASCAR. Dale Earnhardt Jr., who won 15 most popular driver titles sandwiched between the Elliotts, said the 25-year-old champion is still settling into the spotlight.

“He’s pretty young and still has a lot to figure out,” Earnhardt said. “I don’t expect him to be perfect. I don’t expect him to know exactly how his personality rubs people, whether it’s the right way or the wrong way. It’s all kind of trial by fire, and he’s kind of learning as he goes.”

Earnhardt said part of that comes with Elliott discovering who is he is as an adult. He noted Elliott has chosen to remain in his Georgia hometown rather than move to North Carolina and the heart of NASCAR.

While Earnhardt argued the kid deserves a break, he noted that Elliott is going to do what he wants. Bill Elliott, for the record, famously did things his own way.

“He just does his own thing. It’s good enough for him, and like it or you don’t like it, it doesn’t really matter,” Earnhardt said. “He’s got a long way to go. I think a lot has happened to him in a very short time at a very young age.