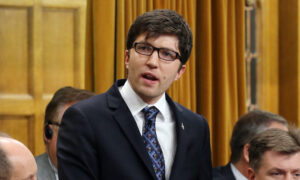 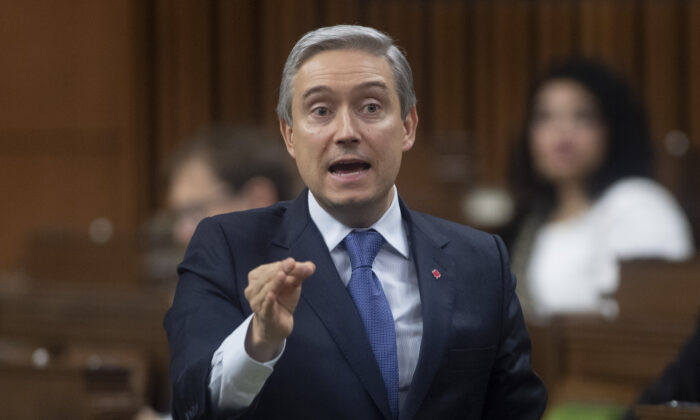 Foreign Affairs Minister Francois-Philippe Champagne’s remarks that Canada needs to avoid tough talk on China appears to be a departure from the seemingly more assertive tone the Liberals have taken in recent weeks on Beijing.

Champagne said Monday that tough talk on China could hurt efforts to gain the release of two arbitrarily detained Canadians. Testifying before the House of Commons Canada-China relations committee (CACN) on Nov. 23, Champagne urged MPs to keep the fate of Michael Spavor and Michael Kovrig in mind when they condemn China’s communist regime.

“I know, Mr. Chair, that some like to talk tough on China,” Champagne said.

“To those who are seduced by this one-dimensional view, I say this: while it is easy to be tough, let’s continue to be smart. Let’s not fall into the temptation of tough and irresponsible rhetoric that will generate no tangible result for Michael Kovrig and Michael Spavor, our farmers and entrepreneurs, and human rights victims and advocates.”

The two Michaels, as they’ve come to be known, have been imprisoned in China for almost two years in retaliation for Canada’s arrest of Huawei executive Meng Wanzhou on an extradition request from the United States.

Canadian farmers, fishers and exporters have also been hurt by retaliatory measures taken by Beijing in the wake of Meng’s arrest.

Champagne’s plea comes a week after the House of Commons passed a Conservative motion calling on the government to decide by Dec. 18 whether to allow Huawei to be involved in the development of Canada’s next-generation 5G wireless network.

The motion, passed with the support of all opposition parties over the objections of the Liberals, also called on the government to unveil within 30 days a robust plan to deal with growing intimidation by Beijing of Canadians within Canada’s borders.

Conservative leader Erin O’Toole has accused the Trudeau government of being “willing to look past the Chinese government’s numerous human rights abuses, flagrant trade abuses and security issues because the potential to sell into the massive Chinese market was so lucrative.”

The Liberals, however, had seemingly toughened their stance toward the regime in recent months. In October, Prime Minister Justin Trudeau said his government will not stop standing up for human rights in China, or calling out Beijing for its “coercive approach” to diplomacy. Last week, Trudeau defended Meng’s arrest and urged countries to stand up to the Chinese regime’s bullying.

Amid ongoing tensions, Champagne had pledged to unveil a new framework for Canada-China policy before the end of the year, saying China is not the same country it was four years ago and Canada needs a plan to respond to the “new reality.”

But in his CACN testimony on Nov. 23, Champagne appeared to back off that pledge, saying only that Canada’s China policy is “evolving” and will be guided by “Canadian interests, our fundamental values and principles, including human rights, as well as global rules and strategic partnerships.”

“Our foreign policy needs to evolve with an evolving China … and that is what we are already putting in motion,” he said.

He argued that Canada’s policy towards China has evolved as China itself has evolved, increasingly flouting the international rules-based order, violating the human rights of Uighurs in Xinjiang Province and democracy protesters in Hong Kong, and engaging in “coercive diplomacy” to get its way.

Champagne said the best antidote for Beijing aggression is through multilateralism—for all liberal democracies to band together to speak with one voice to pressure the regime to change its ways, just as Canada has rallied other countries to speak out against the detention of Kovrig and Spavor.

“Our principled, strategic approach to China goes beyond our bilateral relationship. It is, in fact, a global challenge,” he said. “This is why we have been working with partners especially when it comes to areas of fundamental disagreements with China.”