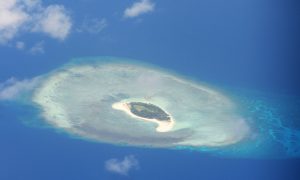 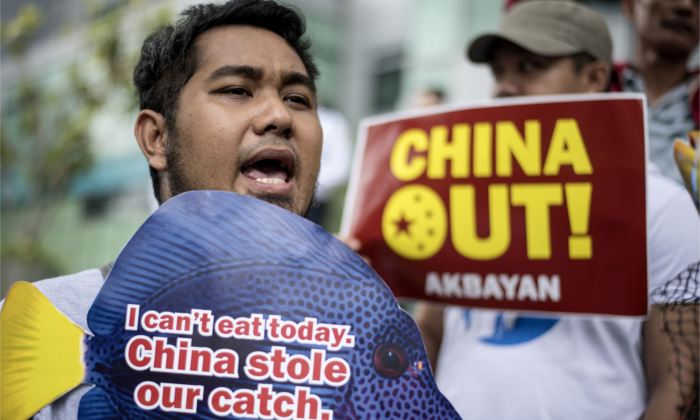 Activists hold placards during a protest in front of the Chinese Consular Office in Manila on June 11, 2018. (Noel Celsis/AFP/Getty Images)
China

The Chinese regime’s claim of sovereignty over the South China Sea (SCS) is met with new challenges. Both Vietnam and the United Kingdom are making moves for greater influence in the body of water as China has amped up aggressive moves to defend its claims in recent years.

The United Kingdom’s Defense Secretary, Gavin Williamson, told The Telegraph Dec. 30, 2018, that he believes after Brexit happens, the country will have a stronger global influence. He has suggested building a military base in the SCS region.

Vietnam has taken a stronger stance against China’s actions in the SCS for the upcoming draft of the Code of Conduct for the Association of Southeast Asian Nations (ASEAN), according to the South China Morning Post (SCMP). That document is meant to establish norms for conduct in the SCS in an attempt to ease tensions. In the negotiating draft, Vietnam has called for many of China’s recent actions, such as artificial island building and missile deployments, to be outlawed.

China’s early claim to SCS sovereignty was made in 1947 after World War II, with an “11-dash line” map. By 1951, both China and Vietnam were making claims to the islands within the map, with the Philippines also later making claims to those islands.

Hanoi has taken a stronger stance by making new allegiances with Japan to secure both maritime and air-travel routes through the SCS in October 2018, according to the SCMP. Further, Hanoi publicly protested China’s building of a new platform in a disputed area of the SCS where Vietnam also holds claim, saying that it violated the country’s sovereignty, in November 2018, according to Reuters.

The new draft will also ban the Air Defense Identification Zone, which China uses to tell all foreign aircraft traveling in the area to identify with Chinese authorities.

This could be a direct challenge to the CCP’s 10-dash line, the demarcation line Beijing currently uses to lay claim to islands in the South China Sea.

The United Kingdom still has two active military installments in the SCS, in Brunei and Singapore, which are both former U.K. colonies. Brunei also has territorial claims in the SCS, and still shares strong diplomatic relations with the United Kingdom, including trade, education, and defense. Around 2,000 British military personnel are stationed in Brunei, according to The Telegraph.

Though China claims these areas, international legal ruling says otherwise. The Philippines challenged China on the claims, and The Hague ruled in favor of Philippines (pdf) in July 2016.  The Permanent Court of Arbitration invalidated China’s claims.

As for the United States’ stance, U.S. Congressman Ted Yoho said it was the country’s responsibility to support the freedom given by that judgement. “When it comes to the South China Sea, it’s China who is the disruptor, and China who is crosswise with everyone else.”