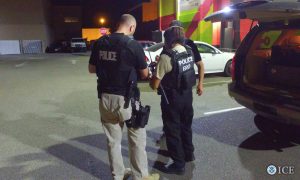 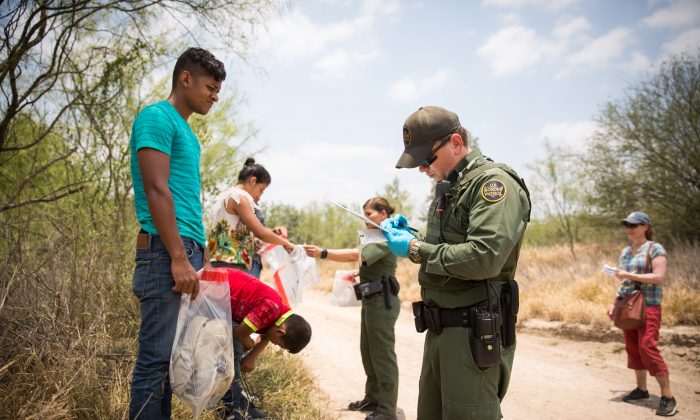 Border Patrol Agents have aliens remove their shoelaces and belongings before loading them in a van for transport in Hidalgo County, Texas, on May 26, 2017. (Benjamin Chasteen/The Epoch Times)
Viewpoints

Challenges From Legal and Illegal Immigration

“Clay lies still, but blood’s a rover” from “A Shropshire Lad,” A.E. Housman

We are all migrants.

From the earliest “protohumans” moving sporadically out of Africa in a diversity of “human” streams from widely scattered locations, humans have been migrants. Almost all these “first man” variants have disappeared, leaving behind fossil teeth/bone fragments/stone tools allowing their categorization as “human.”

Elements of some have been incorporated into the DNA of Homo Sapiens (modern humans) with 2 percent of our DNA reflecting Neanderthal genes.

Read More
Immigrants and Refugees Are Vital to Canada’s Success

And we wandered, pursuing animal herds, warmer climates, water supplies—essentially anything assisting in group survival.  “Illegal immigration” had yet to be invented, except, perhaps, when one family/tribal group impinged on the territory of another.

Eventually, territories coalesced; came under governments that rejected blithe wandering across their territories.  Indeed, they perceived these incursions as “invasions”; viability was determined by their ability to defend these borders from attack and preserve “sovereignty,” a political concept which was defined in somewhat circular terms as ability to secure territorial borders.

Which Brings Us to North America

No one really knows when the first humans arrived in North America.  Best projections have Asia-oriented groups crossing the Bering Strait and slowly spreading throughout the continent.  It was not until the 17th century that significant numbers of Europeans began arriving—not leaving behind but bringing their national conflicts with them.  Thus, it took significant “sorting out” in several wars, the final in 1812, to solidify a U.S.-Canada northern border.

But for a substantial part of the 19th century, the border was more a suggestion than an imperative.  Indeed, the difference between Canadian and U.S. citizenship often was whether an immigrant turned right or left while traveling west searching for better land, water, railroad connections.

The southern border is more fraught.  Although the U.S.-Mexican War (1846-8) and Gadsden (1853) purchase essentially determined the border, niggling issues persist into the present.

The Core of the Legal/Illegal Problem

All observers recognize that the U.S. immigration law is broken.  But the issue has become so politicized and so divisive, that compromise has grown from illusive to impossible.

Essentially, we are confusing two existential problems.  The first is the imperative to secure our southern border to prevent illegal immigrants.  It is the basic requirement for U.S. sovereignty that we control our borders.  The countervailing reality is that roughly 10 million individuals are already illegally in the United States and, given the hypothetical of an open border combined with the incentive for economic prosperity in the United States, uncountable numbers of south-of-the-border inhabitants would travel north.  It is a perfectly understandable human objective—and would effectively destroy existing U.S. society.

In this regard, a “wall” is necessary but not sufficient.

The second imperative is to revise comprehensively our broken immigration system.

More than a generation of desultory control over illegal immigration is the consequence of wink-and-nod implicit agreement between Republicans and Democrats.  Republican entrepreneurs/citizens have benefitted from cheap crop-pickers and service workers.  Democrats have viewed them as a prospective reservoir of votes, once maneuvered into citizenship.

There is a simple albeit draconian answer:  specific visas for specific periods (harvest seasons) and specific jobs with no qualified U.S. applicants rigorously enforced by mandatory ID/E-Verify registration.  And instant deportation for all not meeting these requirements.  The rationale that our current low unemployment rate justifies these illegals is risible:  if you want workers for “dirty” jobs—pay them more and they will emerge.

There is also a codicil for fixing the system.

Absolutely vital for U.S. 21st century economic/scientific/technical success is our need to attract and retain the “best-and-brightest” throughout the globe.  For decades, such an objective was relatively easy.  Our universities, generous funding, and professional opportunities far surpassed the countries from which we poached.  Now, it is less so—partly because previous donor countries such as China offer status, funding, opportunity, and dynamic national objectives, such as spearheading creation of advanced artificial intelligence (AI) and breakthrough technology (G6 electronics a la Huawei with G5).

Consequently, the overriding U.S. national imperative must be to continue—and enhance— traditional attractiveness to such prospective students/researchers/residents—and ultimately citizens.  Although we are hardly indifferent to the need for cutting-edge AI, there is no limit to requirements for genius-quality intellect and intellectual enrichment in every STEM category.

We should be globally proactive in finding and encouraging potential high achievers, making it clear that we will value them commensurately with their efforts.   And, concurrently, they must appreciate that they—and other legally documented immigrants—will be societally welcome.