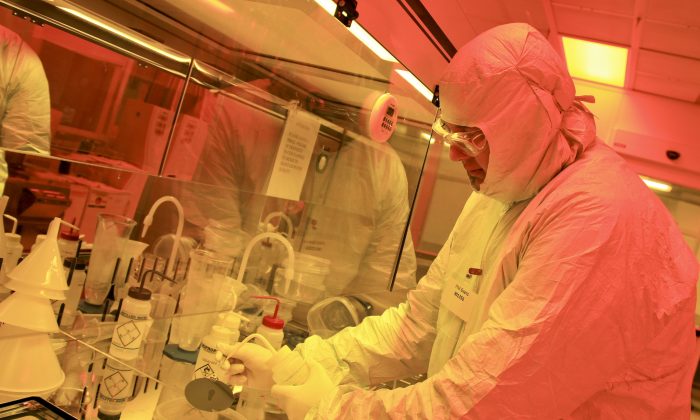 Challenged by China, US Steps Up Drive for Quantum Technology

U.S. policymakers are looking to speed up American development of quantum science, a highly experimental field that could make revolutionary changes to computing power, providing strategic advantages. China’s race for supremacy in quantum science has been particularly singled out, as fears grow that the United States soon may be surpassed in this critical field of technological competition.

Congress has been urged by experts to step up the drive for quantum-related research and development, as many say that the United States currently lacks a coherent national strategy.

In response, H.R.6227, the National Quantum Initiative Act, was introduced on June 26 in the House Committee on Science, Space, and Technology and was promptly approved by the committee the following day.

“As other nations are rapidly developing their own quantum programs, the U.S. faces the risk of falling behind. This legislation provides a path forward to ensure that the U.S. secures its influence in the next generation of science and technology,” said committee chairman Lamar Smith (R-Texas) while introducing the bill.

Quantum science has “immense economic and national security implications,” said John Thune (R-S.D.), chair of the Senate Committee on Commerce, Science, and Transportation. Thune said that the House bill seeks to keep the United States ahead of competitors, including China, in developing technological breakthroughs based on quantum.

The bill would establish a National Quantum Coordination Office within the White House Office of Science and Technology Policy. It would also mandate certain budgets to support quantum research activities, such as requiring the secretary of commerce to devote a total of $400 million from 2019 to 2023 to support quantum research activities at the National Institute of Standards and Technology.

It would also direct the secretary of energy to devote a total of $625 million in five years to establish and operate up to five National Quantum Information Science Research centers. The amounts of funding specified in the bill would have to be approved by congressional appropriators, however, and it is unknown whether Democrats will support the passage of the bill through the House and Senate.

Quantum has been among the hot topics of discussion in Washington as scientists and national security experts have repeatedly warned that quantum computing could provide revolutionary advantages once key breakthroughs are made. Traditional encryption, for example, could be easily overwhelmed by quantum computing, which provides dramatically increased or even a virtually infinite amount of computing power.

“We expect quantum computing to enable a variety of new methods for solving hard computational problems, including those that impact national security,” said Travis S. Humble, director of the Quantum Computing Institute at the Oak Ridge National Laboratory.

Humble also said that the United States is still the home for leading academic and industrial efforts in quantum technology, though leading groups in Europe, China, Japan, Australia, and other countries are racing to advance as well.

The Chinese regime has embarked on a massive drive to surpass the United States in quantum technology. For instance, it invested $10 billion in a new quantum laboratory in Anhui Province in 2017 and publicized an alleged breakthrough test the same year that involved using a quantum satellite to transmit data that could theoretically be impossible to hack.

The concerted strategy by the Chinese regime to race for quantum supremacy, coupled with the U.S. government’s inconsistent and unstable level of funding and support for its own quantum developments, have led to China rapidly closing the gap, according to the 2017 U.S.–China Economic and Security Review Commission (USCC) annual report on China.

Quantum-based technologies could enable China to negate several existing U.S. advantages in intelligence collection and communication encryption, according to the USCC report. Chinese patent applications in recent years have shown that Chinese researchers have indeed focused their attention on encryption, as they race to harness the massive computing power of quantum to defeat American encryption systems, according to the South China Morning Post.