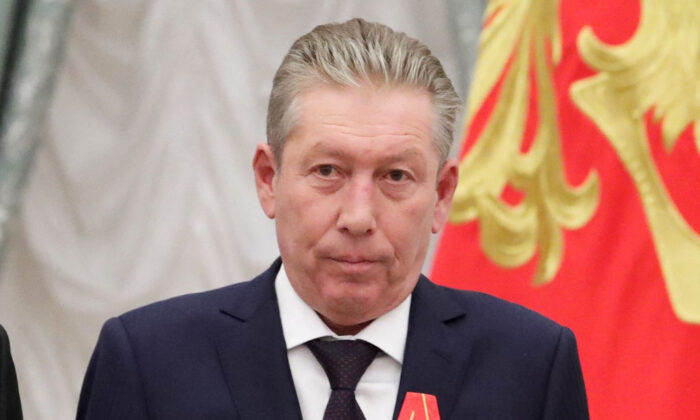 Chairman of the Board of Directors of Oil Company Lukoil Ravil Maganov poses for a photo during an awarding ceremony at the Kremlin in Moscow on Nov. 21, 2019. (Mikhail Klimentyev/Sputnik/AFP via Getty Images)
Europe

MOSCOW—The chairman of the board of Russia’s largest private oil company has died.

Russian news reports said on Thursday Lukoil chairman Ravil Maganov fell out of a hospital window and died, but the circumstances surrounding his fall were unclear.

The state news agency Tass cited an unnamed law enforcement source as saying Maganov committed suicide while being treated at Central Clinical Hospital in Moscow. The report said he had been admitted there for a heart attack and was taking antidepressants.

A Lukoil statement Thursday said Maganov “passed away after a severe illness” but did not give details.

Lukoil was one of the few Russian companies to publicly censure Russia’s military operation in Ukraine, calling in March for the “immediate cessation of the armed conflict.”

His body was found on the grounds of the hospital, where Russia’s political and business elite are often treated, the reports said.