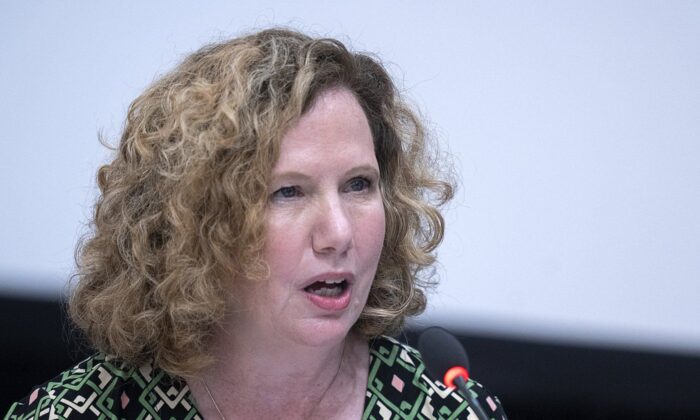 Michelaine Lahaie, chair of the Civilian Review and Complaints Commission for the RCMP in Dartmouth, NS on Sept. 14, 2022. (The Canadian Press/Andrew Vaughan)
Canada

The chairman of Nova Scotia’s mass shooting inquiry has raised concerns that budget constraints could end up tethering investigations by the watchdog agency that oversees complaints against the RCMP.

Michael MacDonald asked today whether it was a “blatant affront” to the independence of the Civilian Review and Complaints Commission for the RCMP that before opening a probe it has to notify the minister of public safety about available funding.

While the oversight agency has the power to start its own inquiries, agency chairperson Michelaine Lahaie confirmed that as part of the process she must first send a letter assuring the minister there are sufficient resources.

MacDonald asked if this raised the possibility “police misconduct can go unaccounted for, because there’s not enough money left in your budget,” and then he added this “sounds a little concerning to me.”

Lahaie says ensuring enough funding “is an issue of concern,” and it’s something she’s also spoken about at the parliamentary committee that oversees public safety and national security.

The panel discussion on police accountability is part of the inquiry’s look into how to improve policing after a mass shooting that saw 22 people killed by a gunman driving a replica patrol vehicle on April 18-19, 2020.