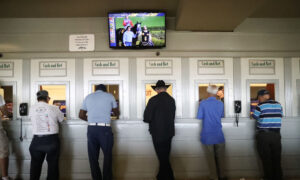 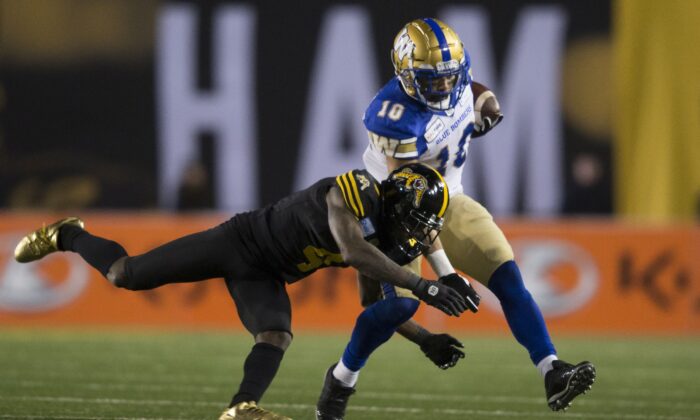 The pandemic sidelined Canadian Football League players in 2020, but analysts say the league must find a way to play in 2021.

The 2020 season, scheduled to kick off on June 11, was pre-empted by COVD-19. Later, the league proposed a schedule one-third of its normal length, where each of the nine teams would only play six games in a safe “bubble” in Winnipeg. The federal government offered a $40 million loan to the league, but its fees and interest rates were too prohibitive for the CFL teams.

When the season was officially cancelled on Aug. 17, commissioner Randy Ambrosie promised that 2021 would be “the biggest comeback season in the history of Canadian football.” The CFL subsequently released its schedule for the 2021 season on Nov. 20, set to begin June 10 and culminate in the Grey Cup in November.

Moshe Lander, a senior lecturer in economics at Concordia University and a Calgary Stampeders fan, says a comeback is necessary, but tenuous given the situation with the pandemic.

“It’s probably going to be very unnerving for CFL fans, for CFL owners, for CFL players, because even if they somehow manage to somehow pull off a season this [coming] year, the fact is that it’s very likely going to be with limited fans,” he said.

Lander said the CFL’s hardcore fans, particularly those in the Prairies, will remain loyal no matter what. But that might not hold true for other areas.

“As we’ve seen in Toronto and Ottawa and Montreal and Hamilton, and maybe to some extent even in B.C., those fans can be a little bit fickle,” he said.

“If the CFL loses yet another year of play, how many of those marginal fans are going to say, ‘I don’t really care if it comes back or not?’ That sort of loss of fanbase could be irreversible and it could be existential.”

Lander said the CFL should revisit playing in a “bubble” city, or perhaps two.

“Any CFL is better than no CFL,” he said. “If the issue is playing the 10-game season versus 18, 10 is not as good as 18, but 10 is better than nothing. So I think that they’d better realize what they stand to lose if they can’t play. Their schedule, it needs to be flexible.”

Regina-based sports broadcaster Rod Pedersen did Saskatchewan Roughriders play-by-play commentary on radio for 20 years. This year, he helped fill the Canadian football void by commentating on a computer simulation of league play on Thursdays.

“If you really love the Riders, you would want to watch something, but it turned out it wasn’t just Rider fans—it was fans across the league that enjoyed it,” he said.

Pedersen agrees the return of real-life play in 2021 is essential for the league.

“They can’t go two years without CFL football, or they’d be in an even more perilous position than they’re in now. But something’s going to have to change, because if their business model is predicated on only making a profit via ticket sales, then there won’t be a league. They need to find a way to play without fans in the stands,” he said.

“I have heard through various sources that I trust that we’re not looking at crowds outdoors of more than 500 people until July of 2022.”

On the face of it, television revenues come close to covering current salaries. The Sports Network, the CFL’s sole broadcaster in Canada, signed a six-year contract extension in 2019, paying the league roughly $50 million annually. This provides enough revenue to cover each team’s salary cap for players, which was $5.2 million in 2018, but not coaches, staff, and other business expenses.

“I talk to the players every day and I love those guys, and they’ve admitted they’re willing to accept pretty much any terms because they just want to play. They know that careers are short. They’ve gone on record as saying, ‘We’ll play in a bubble, we’ll play for less money. We just want to play.’ So I credit them for putting their hands on the table, their poker hand. They’re not bluffing,” Pedersen said.

He explained that when the players are willing to play, and the fans are wondering why the delay, it falls on the owners to act.

“I assume they’re talking about ways to play, but when the commissioner threatened a $25,000 fine for any information getting out, nobody’s talking about it.”

Pedersen said if teams don’t play in 2021, “What you’re looking at is the current CFL folding and coming back in a different form. As far as the fans coming back, there will be a CFL. When? I can’t tell you.”

Meanwhile, the owners are reducing players’ and coaches’ pay, he said.

“You’ve got owners that are hacking and slashing player wages, coaches’ wages; staff numbers down to single digits of coaches in some cases, like Edmonton. Six coaches? There hasn’t been a team with that few since the ’90s.”

“There’s some really concerned coaches,” he added. “These guys—some are making less money now than they were 10 years ago in this league.”