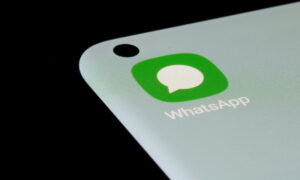 Public opinion on exorbitant director salaries and benefits, in the aftermath of the global financial crisis, provoked the Swedish chief executive officer of Posten, the Swedish national postal company, to refrain from his entire salary.

CEO Lar G. Nordstrom took the Swedish financial world by surprise when he announced on Nov. 22 that would refrain from his yearly salary of 11 million Swedish kronor, equivalent to US$1.3 million, and work without pay.

It is not that Posten is on the verge bankruptcy. The postal company has just release a sound third quarterly financial statement. Like in many other countries these days, the media has been scrutinizing the issue of excessive director salaries, bonuses, and retirement benefits in the wake of the depression following the financial crisis. Nordstrom has recently been singled out as a greedy director with insatiable appetite for the legal tender.

When Nordstrom embarked on his assignment as CEO of Posten in July, he was entitled to a yearly salary of US$1.3 million, which critics said is equivalent to the total salaries of 45 postmen. In addition, Nordstrom collects a yearly retirement benefit of US$604,000 from his former employment and a fee of US$181,000 for his position in the board of directors.

Nordstrom took his critics seriously and surprised them by deciding to, not only, refrain from his entire salary of US$1.3 million, but also return the reimbursements received since July.

“I have made my decision with consideration to Posten, its workforce and customers and myself. Discussions have reached a point where it risks inflicting damage,” said Nordstrom in a statement issued from by his company.

“The decision is entirely my own,” he added.

Nordstrom said he wants to terminate the discussions and concentrate on his work. His unexpected decision won the admiration of the Swedish public.