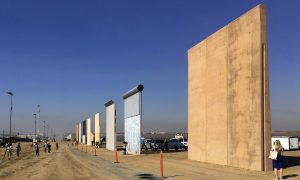 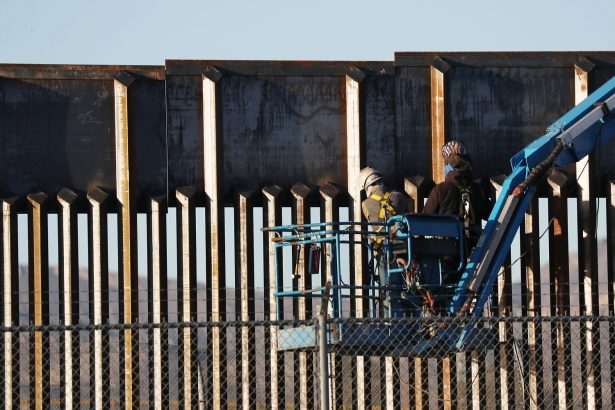 CEO Offers to Build 234 Miles of Border Wall for $1.4 Billion

A builder from North Dakota has offered to put up 234 miles of border walls on the U.S.–Mexico border for $1.4 billion, which is approximately 80 percent less expensive than the projected cost for the government to build the project.

Tommy Fisher, the president and CEO of Fisher Sand and Gravel Co. believes that the government is paying too much for the wall. Fisher said that for $4.31 billion, he would build the wall featuring paved roads, border technology, and a warranty.

“Our whole point is to break through the government bureaucracy,” Fisher told the Washington Examiner. “If they do the small procurements as they are now … that’s not going to cut it.”

Fisher Sand and Gravel Co. did not respond to a request for more information

After Congress failed to deliver the $5.7 billion requested by the president and the Department of Homeland Security, Trump shifted $3.1 billion from the Treasury and defense departments toward wall construction. The president also declared a national emergency, clearing the way to reallocate an additional $3.6 billion from the military budget.

As Trump predicted, the emergency declaration was challenged in court. The court challenge doesn’t affect the $3.1 billion shifted from the Treasury and defense departments, bringing the effective border funding total to some $4.5 billion.

A representative with the Army Corps of Engineers told the Washington Examiner that the department hasn’t yet requested bids from the private sector.

Fisher Industries video footage shows a border wall proposal, which includes roads elevated on mounds. Border Patrol agents could drive up to the elevations to surveil the territory on the Mexico side of the border, the footage from the Fisher Sand and Gravel subsidiary suggests.

“Our wall will provide protection for all Americans, but our proposal is more than just a wall—it’s infrastructure for border agents,” Fisher Sand and Gravel wrote on Twitter.

Our wall will provide protection for all Americans, but our proposal is more than just a wall – it’s infrastructure for border agents. pic.twitter.com/p7gsiRAnSN

Rep. Kevin Cramer (R-N.D.) toured Fisher Industries in July 2018 along with Kelly Armstrong, a Republican candidate for the House of Representatives. Armstrong praised Fisher for his knowledge about the project.

“Amazing to see Dickinson-based Fisher Industries forms for building the border wall. Even more impressive was Tommy Fisher’s knowledge and enthusiasm about the project,” Armstrong wrote on Twitter.

Amazing to see Dickinson-based Fisher Industries forms for building the border wall. Even more impressive was Tommy Fisher’s knowledge and enthusiasm about the project. pic.twitter.com/66GVI1xvca

Cramer and Armstrong viewed Fisher Industries’ patented concrete wall forming system, which allows for concrete to be poured on site of the wall construction.

“Here at Fisher Industries in Dickinson ND, I tested just how easy it is to install a panel of wall myself. It’s time to secure our border once and for all,” Cramer wrote on Twitter.

It’s time for Congress to act and support @realDonaldTrump’s call to #BuildTheWall and secure our border. Here at Fisher Industries in Dickinson ND, I tested just how easy it is to install a panel of wall myself. It’s time to secure our border once and for all. #NDSen pic.twitter.com/kU2ERJdm8r

In May 2018, Fisher presented his border wall construction plan to Rep. Michael McCaul (R-Texas), who was then chair of the House Committee on Homeland Security. During the same month, Fisher Sand and Gravel announced the purchase of 1,075 acres of property along the Mexico border in southern California.

“This unique land acquisition allows us to showcase our border security system construction abilities,” the company wrote about the purchase on Twitter.

Illegal border crossings spiked in February with more than 66,000 apprehensions, according to Customs and Border Protection data. In January, the number was almost 48,000.

So far this fiscal year, Border Patrol has apprehended almost 268,000 people at the southwest border. The numbers are on target to reach more than 640,000 for the fiscal year.

Although the numbers are not as high as the 2005 surge, when around 1.5 million people were apprehended, the demographics of the current border crossers are markedly more complicated, said Border Patrol Chief of Operations Brian Hastings on March 5.