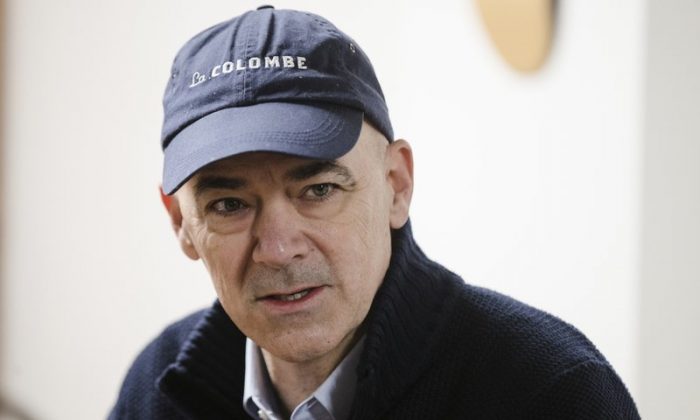 A week after a Pennsylvania school district sent out threatening letters to parents over unpaid school lunches, a CEO has claimed it refused his offer to pay off their debt.

When Wyoming Valley West School District sent parents a warning letter last week saying their children could end up in foster care if they failed to pay their overdue lunch bills, 55-year-old Todd Carmichael decided to step in.

The chief executive and co-founder of Philadelphia-based La Colombe Coffee said he offered to give the district $22,000 to cover the cost.

However, Aren Platt, a spokesperson for Carmichael, said school board president Joseph Mazur turned down the CEO’s offer during a phone conversation on July 22.

Mazur reportedly said that he believed the parents could afford to pay off the debt and that it was their responsibility to do so. He then said no and hung up, Platt told CBS News.

The news came after the district said that it is trying to collect more than $20,000 from parents, and that other methods to get parents to pay have not been successful. Four parents owe at least $450 each.

Platt told the Philadelphia Inquirer, “His [Mazur’s] counter was, ‘These are affluent families who just want to get something for free.’”

“This wasn’t ever about repayment of a debt. It was about shaming people,” he added.

Thank you Todd Carmichael of @LaColombeCoffee for offering to step in & take the burden off of the families who were shamed last week when the Wyoming Valley W. SB sent letters to families threatening to put kids in foster care over unpaid lunch bills. https://t.co/hiBnx3gqCn

According to a document (pdf) on the Wyoming Valley West School District’s site, parents receive an automated call once their child’s lunch account “goes negative $10.00 or more.”

“If a student’s account is at a negative balance non-meal food items such as snacks or alternate beverages will not be allowed and removed from their purchase choices,” the document reads.

It also adds that all outstanding debts must be paid off before graduation.

However, the district’s letter claims the unpaid bills could lead to dependency hearings and removal of their children for not providing them with food.

“You can be sent to dependency court for neglecting your child’s right to food. The result may be your child being taken from your home and placed in foster care,” the letter read.

Carmichael, who grew up struggling financially, described the letters sent out by the district as “horrifying.”

“That’s horrifying to anybody,” he told Fox 56.

In a letter addressed to Mazur and sent to local newspapers on July 22, the 55-year-old said he initially wanted to offer to pay off the school lunch debt, because when he attended school in Spokane, Washington, he received free meals and felt ashamed.

“I am offering to pay this debt in full,” he wrote. “By saying no, you are not just shaming families who elected you, but you are placing this burden on the WVW taxpayers, and that is completely unfair.”

Speaking to the Inquirer, Carmichael said he believes the threatening letter was intended to humiliate the families of those who couldn’t afford school meals.

“I don’t know why anyone would want to do that … to shame them because they can’t pay for mac and cheese,” he said.

Since the threatening letters were sent out last week, child welfare authorities have told the district that Luzerne County would never take children away from their parents over overdue school lunch bills.

“I found it very disturbing,” Luzerne County Children and Youth Services Director Joanne Van Saun told WYOU. “Upsetting. It’s a total misrepresentation, a gross misrepresentation of what our agency does.”

Wyoming Valley West School District officials have since said they will explore other methods to obtain the money owed for the meals, such as filing a district court complaint or placing liens on properties.

The district will also send out a new, less threatening letter to parents, reported CBS News.

This coming academic year, the district will qualify for funding to provide free lunches to all students.