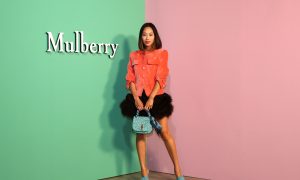 Century City Mall in LA Evacuated Amid Reports of Gunman

Officials in Los Angeles said the Westfield Century City mall was evacuated on March 15 after reports of a man with a gun.

“We are on lockdown sitting quietly waiting for more information,” said Giselle Abcarian, who was at the Zara store, reported the Los Angeles Times. “We saw a bunch of people running and panicked, so we ran to the closest safe place.”

Former Florida gubernatorial candidate Andrew Gillum said he was also inside the mall.

The Westfield Century City mall has been evacuated following reports of a man with a gun inside, but police have not confirmed that any shots were fired. “Nothing has been confirmed,” Officer Jeff Lee said. “We’re trying to resolve the situation.” https://t.co/66G2QW7CAC

“I’m in Los Angeles to film an interview with @billmaher tonight. Stopped by the mall to pick something up and a reported active shooter situation ensued. I’m currently in a secure location,” he wrote.

Los Angeles Police Officer Jeff Lee told the Los Angeles Times that police responded to a call about a gunman at around 12:40 p.m. local time.

Lee told the newspaper that the reports of a gunman were not confirmed.

The #WestfieldCenturyCitymall evacuated after a report of a man with a gun! #LAPD is going through the mall now. No reports of shots fired or injuries . More @ABC7 at 3. pic.twitter.com/zDMnkOsEs2

There were also reports that a man attempted to set a package on fire inside the Amazon store in the mall, according to the Times.

The LAPD bomb squad responded to the scene to inspect the suspicious package, while shoppers were allowed to evacuate. Authorities have not yet announced any suspects.

The incident comes just hours after a mass shooting in New Zealand that killed dozens of people.

LAPD West LA Division is responding to calls of an “Active Shooter” at the Century City Mall. We have officers on scene who are clearing the location, but at this time we have NO evidence of a shooting or victims.

Police are responding to a report of a man with a gun at the Westfield City Century mall. At this time, police have no evidence of a shooting or victims. http://4.nbcla.com/mMM8oXA

BREAKING: Police are responding to reports of a man with a gun at the Westfield Century City mall. We're working to gather more information. http://bit.ly/2FfFwz6