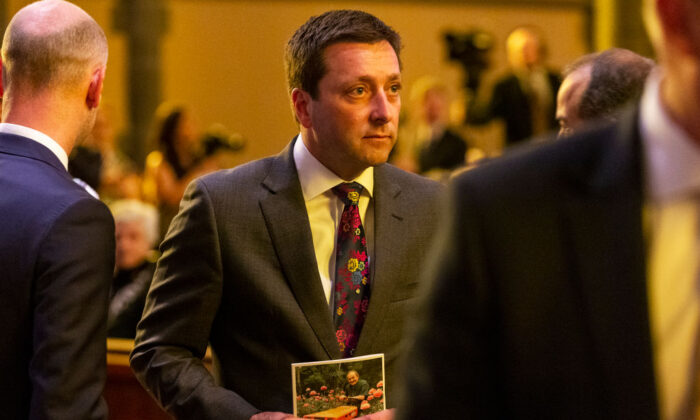 The Victorian coalition is promising to legislate an emissions reduction target of 50 percent by 2030 if it wins the November state election.

Opposition Leader Matthew Guy on Sunday unveiled the policy, which matches Victorian Labor’s target and is higher than the 43 percent goal set by the federal government.

Victoria’s Labor government has already committed to slashing emissions 50 percent by the end of the decade, but has not legislated the interim target.

Under the coalition’s plan to reach the 2030 target, it has pledged to establish a $1 billion hydrogen strategy, upgrade transmission infrastructure in western Victoria to unlock renewable energy, and set up a “Fixing Victoria’s Grid” taskforce.

It will also legislate a local gas guarantee for new supply, a policy first announced in 2017, within the first six months of taking office.

Guy described it is a sensible plan for building the state’s future energy system and said it showed the Victorian Liberals’ and Nationals’ commitment to climate change action.

Read More
The Anthropogenic Global Warming Hypothesis and the Causality Principle
Germany’s ‘Social Peace Is in Great Danger’ as Gas Use Rationed Amid Energy Squeeze: Experts

“By writing into law an emission reduction of 50 percent by 2030, we will send the strongest possible signal that action on climate change is a priority,” he said.

In March, Guy flagged the coalition would pursue Labor’s 2030 and 2050 emissions targets after in 2018 vowing to scrap them in preference for a national approach if the coalition regained government.

The Andrews government was comfortably returned for a second term, with Guy stepping down as leader and the opposition’s policy left in limbo.

Guy said the coalition adopted the net zero by 2050 target around the time then-leader Michael O’Brien announced a “waste-to-energy” plan in November 2019, when he was on the backbench.

But there was no mention of it in policies on the Victorian Liberals’ website at the time or opposition media releases involving energy or environment announcements.