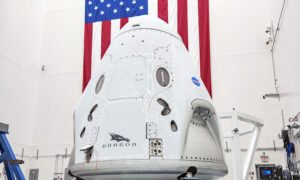 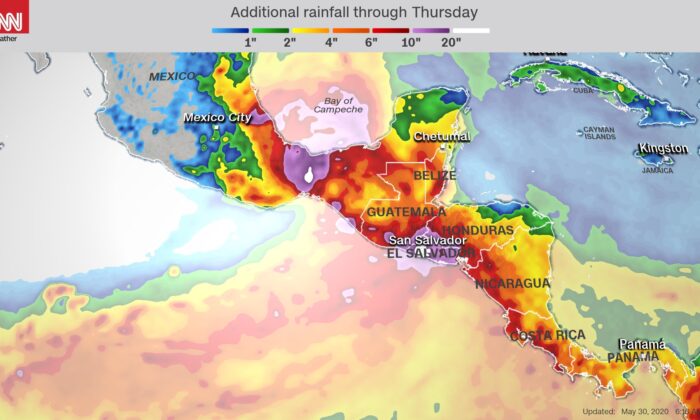 The "Central American gyre," a broad area of low pressure, which formed this weekend, is drifting aimlessly between North and South America. (From CNN weather)
US News

You’ve heard meteorologists use the terms “polar vortex” and “bomb cyclone” this year. Now you can add “Central American gyre” to your weather vocabulary. This broad area of low pressure, which formed this weekend, is drifting aimlessly between North and South America.

Central American gyres are expansive, slow-moving circulation patterns that typically form at the beginning and the end of the Atlantic hurricane season, which runs from June 1 to November 30. Due to their sluggish nature and proximity to vast ocean water, these gyres can produce catastrophic flooding across the region.

This gyre could unleash life-threatening flooding and mudslides this week across Central America. It may also spin off two tropical storms that could menace the Gulf Coast and the region’s Pacific coasts.

Forecast models indicate that more than two feet of rain could fall this week across portions of Guatemala, El Salvador, Honduras, and southern Mexico. These countries are particularly vulnerable to flash flooding and mudslides because of steep terrain in some areas and the limited capacity to absorb heavy rainfall from storms.

As thunderstorms become better organized within the southern portion of the gyre, a tropical development could occur, leading to the eastern Pacific’s first named storm of the year. There is a 70 percent likelihood that “Amanda” will form within the next five days, according to the National Hurricane Center’s May 29 update. This will keep the floodgates open for the coastal regions of Central America through next week.

As the gyre meanders north, various weather models are hinting at another early-season tropical storm developing within the Atlantic Basin. A European model says the tropical wave could cross the Bay of Campeche and enter the western Gulf of Mexico by the end of the week.

A U.S. model, meanwhile, doesn’t predict tropical development until at least a week from now, but it could initiate an area of low pressure over the coast of Texas or eastern Mexico. Details should be ironed out within a few days, but this could be the next tropical system to reach the U.S. coast. Depending on a separate potential development across the Atlantic Ocean this weekend, this Gulf of Mexico storm would be named either “Cristobal” or “Dolly.”