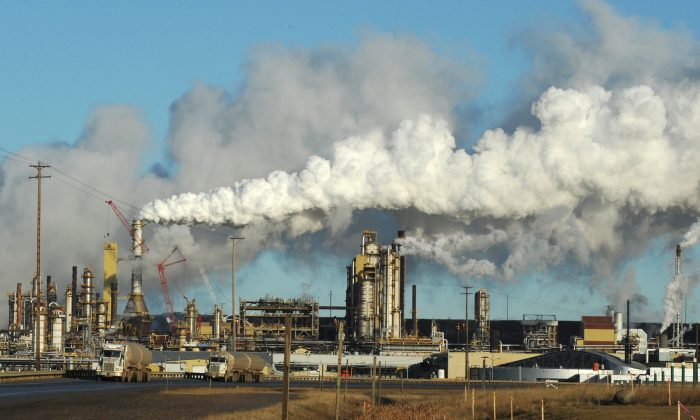 Centennial for Oil a Quiet Party

As Alberta celebrates the 100th anniversary of its oil industry, its ongoing prosperity is less certain today
By Doug Firby

CALGARY—There have been celebrations in the past week in Alberta to mark the 100th anniversary of the oil strike that triggered the first oil boom to rock the province. But those celebrations have been muted, more focused on the industry’s fascinating history in this western province than looking toward the clouded future.

This has been billed as the birth of the modern oil industry in Canada, but it was certainly not the first oil rush. That honour goes to a little village in Ontario called Oil Springs. It was there in 1858 that asphalt producer James Miller Williams stuck oil while digging for water.

The supply there lasted just a few years, although there was another mini-boom in 1914, setting the pattern for the industry that carries on even today. Good times, followed by jarring corrections.

In Alberta, the boom started in the southwestern town of Turner Valley on May 14, 1914, with the find of gas at a well nicknamed Dingman 1, after the man who backed its development. That triggered a boom that lasted for 30 years—boosted by the discovery of oil in 1936—and the Turner Valley Oilfield became the largest producer of oil and gas in the British Empire.

Unlike the experience in Ontario, though, when the easy supply of oil and gas faded in Turner Valley, there was still much more to be found in the province. Near Edmonton, a well called Leduc 1 ushered in the modern oil industry in February 1947, with a gusher that put the province on course to be a major world supplier of oil and gas.

Today, as conventional supplies run low and production moves to “unconventional” sources, such as the oil sands, the province—and indeed the nation—has become addicted to the royalties, jobs, and development the industry has delivered for decades. Indeed, economists agree that the oil industry’s performance has kept the country’s economy ticking along while the industrial heartland of central Canada has swooned under the relentless pressure of cheaper imports from Asia.

In spite of its economic contributions, though, the oil and gas industry finds itself unwelcome in many corners of the country. With the attention of pop stars like Neil Young and moviemakers like James Cameron, the environmental impact of the oil sands has become emblematic of the carbon emissions that are accelerating global climate change.

In other words, a lot of people have come to loathe one of the key drivers of our economy.

In the United States, this has led to the powerful environmental lobby that has been so far highly successful in delaying—and, according to many, possibly killing—the Keystone XL pipeline, an important link that would make it easier to ship our bitumen to the southern U.S.

Somehow, even though Canada’s oil sands emit a tiny fraction of the carbon that the U.S.’s own coal-fired plants spew out, the “oil sands” debate has been framed in life-and-death terms.

Why stop a coal-fired generating plant when the “foreigners” across the 49th Parallel make such an easy target?

It turns out the passive resistance to enhanced carbon regulation mounted by the federal Conservative government could well be at the heart of this reputational disaster for the industry and the country. If the intention in “ragging the puck” on regulation was to make it easier for Canadian producers to produce and sell their product competitively, the outcome has been perverse in the extreme.

Our country now looks like the schoolyard brat who defies the guidance of authority figures—like climate change scientists—even though the evidence is stacked against them.

As a consequence, the Oil Patch is facing mounting international opposition to further development, and the fear that the growing resistance will have permanent and deep financial consequences.

It’s been a good run—100 years of growth that has made Alberta the economic rock star of the provinces. Ongoing prosperity in the coming decades, however, seems less certain today than it has in a long, long time.

Doug Firby is editor in chief of Troy Media and national affairs columnist.