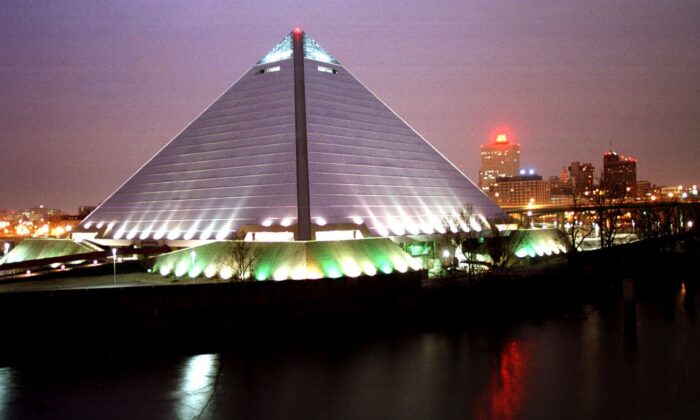 The Memphis, Tenn., skyline is dominated by the Memphis Pyramid, an arena that sits on the Mississippi River, in February 1999. (Mark Humphrey/AP Photo)
US News

The mayor of Memphis, Tennessee, says the 2020 census undercounted his city by almost 16,000 residents, leading him to join other big cities in challenging the results of the once-a-decade head count in the United States.

The count failed to include an area that had been annexed in 2013, and it missed thousands of homes, mostly in newly constructed, multifamily buildings, resulting in an undercount of 6,322 housing units, Strickland said in an Aug. 19 letter to the U.S. Census Bureau.

“The Census count was wrong. The gains we have seen in investments in Memphis, especially in the core city, over the last few years tell a different story,” Strickland said in a weekly bulletin to his constituents.

The 2020 census missed 4.8 percent of Tennessee’s population, the second highest undercount of any U.S. state, according to a state-by-state evaluation the Census Bureau did of how good a count it conducted. Along with Arkansas, Florida, and Texas, Tennessee did not direct as many resources as other states toward encouraging residents to fill out census forms.

Memphis joins Austin, Texas, and Detroit among the largest U.S. cities appealing the population counts used in the distribution of $1.5 trillion in federal funding each year.

As of August, around four dozen cities, towns, villages, and tribal areas have challenged their figures from the 2020 census.

The 2020 census undercounted the overall U.S. population by only 0.24 percent. But several minority groups were undercounted at greater rates than in the previous decade.

States and municipalities have until the middle of next year to appeal their census figures, but challenges are rarely successful, and they won’t change the number of congressional seats each state gets, or the numbers used for redrawing political districts.