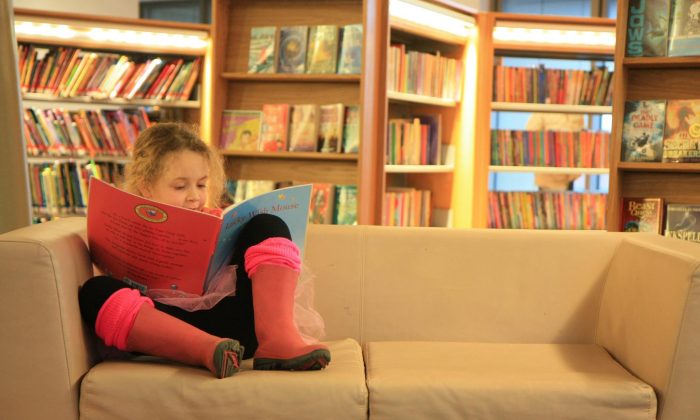 There is a push among progressive educators to replace classical literature with contemporary books written by authors who espouse the “correct” ideology. (Barney Moss, CC BY 2.0)
Canada

Censorship Is a Poor Way to Promote Literacy

Obviously, some books are better than others. This is something everyone should understand. A well-written book that tackles profound themes is far more likely to stand the test of time than a poorly written book that deals with superficial topics.

For example, Mark Twain’s “Huckleberry Finn” is a literary classic. That’s because it portrays the reality of slavery in the Antebellum South in a way that few other books have done. One cannot read that book without being deeply moved by the injustice of slavery.

However, “Huckleberry Finn” also contains inappropriate language, including a deeply offensive racial slur. As a result, some educators think that this book should not be held in school libraries or used in classrooms. That would be a mistake.

The problem with judging authors of the past by today’s cultural standards is that virtually no one measures up. This is why there is such a push among progressive educators to replace classical literature with contemporary books written by authors who espouse the “correct” ideology using the “correct” words—at least by today’s standards.

One can only wonder whether any authors from this century will measure up to whatever the prevailing ideology is several centuries from now.

At a recent meeting of the Waterloo Region District School Board in Ontario, for example, the superintendent of human resources and equity announced that the board was in the process of reviewing every single book in school libraries. According to this superintendent, libraries haven’t been removing “inappropriate” books quickly enough.

“We recognize as our consciousness around equity, on oppression work and anti-racist work has grown, we recognize some of the texts in the collections that we have are not appropriate at this point,” stated the superintendent.

Not only is this verbiage typical of the gobbledygook often spouted at school board meetings, but it also reveals a profound lack of understanding of what education is all about. The notion that some books must be censored because they no longer conform to modern cultural standards is the antithesis of helping students become critical readers and thinkers.

It is only by exposing students to a wide variety of perspectives that we can help them become well-educated. The reality is that students are going to encounter ideas that challenge their core beliefs, whether we want them to or not. The only question is whether we want them to grapple with challenging concepts while in a classroom, or whether we think it’s better for them to just try to figure things out on their own after they complete school.

In addition, there is a world of a difference between culling library books due to space considerations and removing books because they might contain offensive material. Obviously, libraries have only a limited amount of space and it makes sense to remove books that no one is reading. On the other hand, it would be a travesty to remove excellent books such as “Huckleberry Finn” solely because they contain offensive language or reflect outdated cultural norms.

This does not mean that school libraries should be places where anything goes. Younger students should not have easy access to books with graphic sexual content, nor should school libraries be expected to stock books that promote blatantly false information (such as the works of prominent Holocaust deniers).

Unfortunately, censorship is becoming increasingly common in schools. For example, there has long been a concerted campaign to remove Dr. Seuss’s books from school libraries and classrooms because these books contain images and statements that are clearly inappropriate by modern-day standards.

However, a better approach would be to use these books as an opportunity for a teachable moment. Students should not only have access to classic literature but they should also be expected to study it and critique it. If students are going to grapple with challenging concepts, it’s best they do so by reading literature that has stood the test of time, and with the guidance of an effective teacher.

Hopefully, school trustees will start pushing back against the woke ideology that undermines our kids’ education. There is a whole world of good literature for students to explore. Let’s not shelter our kids from reality.

Censorship is a poor way to promote literacy. If we want students to become good readers and thinkers, they need to read quality literature—including books that challenge their way of thinking.