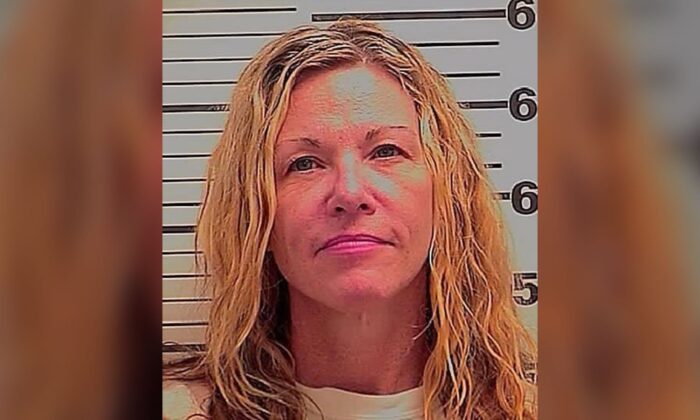 Authorities used the pings from the cellphone of the brother of Lori Vallow when determining where to search for the remains of her missing children, according to a probable cause affidavit obtained by CNN affiliate East Idaho News.

Earlier this month, law enforcement officials found the remains of Tylee Ryan, 17, and JJ Vallow, 7, on the rural property of Chad Daybell in Fremont County.

Daybell was married to Lori Vallow for less than a year.

He and Vallow are both in the custody of Idaho officials as their cases move through the courts. Both have pleaded not guilty to charges related to the disappearances.

Daybell was charged with concealing evidence and Vallow is accused of desertion and nonsupport of children.

Authorities have not said how the children died.

According to the affidavit, Vallow’s brother, Alex Cox, went to Daybell’s property four times in September, and two of those visits came the days after each of the children were last seen.

Cox, who died in December, went to Yellowstone National Park on Sept. 8 with Vallow and the two children. It was the last time Tylee was seen.

Police say that tracking the phone’s location puts Cox in Vallow’s apartment three times immediately after the trip to Yellowstone, with the final visit beginning at 2:42 a.m. on Sept. 9.

At some point the phone was back in Cox’s apartment—in the same complex—then shows up in Daybell’s backyard at 9:21 a.m. The phone registers being there for more than two hours, except for a time it pings in a city five minutes away, the court document says.

About 14 minutes after Cox’s phone last registers being in the backyard, Daybell texts his then-wife Tammy Daybell to tell her he shot a raccoon that morning and buried it in their pet cemetery.

“Well, I’ve had an interesting morning,” he writes.

The investigator, recalling that raccoons are usually nocturnal, notes his suspicion in the affidavit, and says the pet cemetery is where Cox’s phone had been.

In the days before JJ is last seen, a friend and her boyfriend come to stay with Vallow. The friend recounts for authorities that Vallow said JJ was a zombie.

Zombies have dark spirits and a person is in limbo until the body dies, the friend says Vallow told her, according to the affidavit. The friend also tells police that Vallow said she and Daybell are in a church that was to lead the “144,000” mentioned in the Bible’s Book of Revelation.

“They also stated their mission was to rid the world of zombies,” the document records.

Vallow had also called Tylee a zombie last year, the friend says, according to the affidavit.

JJ was last seen the night of Sept. 22, and on Sept. 23, Cox’s phone once again pings from Daybell’s backyard in a location where human remains are later found.

On the day of the property search, Daybell was in his SUV watching authorities from his driveway and on property belonging to his daughter, across the road.

About the time remains were found, he drove away and police followed and arrested him, the document says.

Authorities conducted a welfare check on JJ near the end of September at the request of his relatives, who hadn’t heard from him in months. When they arrived, Vallow informed them he was not at the family home because he was staying with a family friend.

Police returned the next day to serve a search warrant after discovering that was not true, but Vallow and Daybell were gone.

They were later found in Hawaii, and despite requests from police did not cooperate and did not present the children.

Shortly before Tylee, JJ, and their mother moved from Arizona to Idaho, Vallow’s estranged husband, Charles Vallow, was shot and killed during a fight with Cox, CNN affiliate KIFI/KIDK reported. Cox was not charged in the case, and he died in December, the affiliate reported.