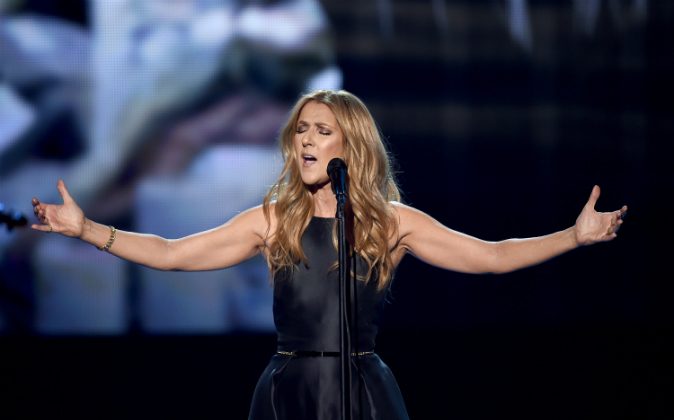 Celine Dion exuded strength as she continued to prove the show must go on.

Dion made her first televised singing performance at the 2016 Billboard Music Awards since the passing of her husband, Rene Angelil, and her brother in January. Angelil passed away in January after a long battle with throat cancer. He was two days shy of his 74th birthday—which was the day Dion’s brother died.

The “Because You Loved Me” singer performed a rendition of Angelil’s favorite song, Queen’s “The Show Must Go On.”

Moments after the performance, son René-Charles emerged on stage to present her with the Icon Award for lifetime achievement—a gesture that surprised the 48-year-old singer.

“To try to perform that song without collapsing was big enough,” she said in an interview with Entertainment Tonight. “and then I turned around and I saw my son. As a mother, I really, through this whole process of our new life, wanted to be strong.”

“I thought I was going to make it through the whole night without tears and show strength, and love won,” she said. “I just collapsed. I’m very thankful for the award and proud of my family so much.”

Though Dion has maintained a strong facade for her family, she said she understands how important it is to have moments of emotional release.

“You have to be strong, but I think it’s important as well to not hold everything,” she said. “I tried to hold it in front of my 5-year-old twins, but my 15-and-a-half-year-old beautiful son is old enough to understand.”

She added, “Even though I did not want to cry, he understands it’s OK because it is therapeutic and you can’t take so much pressure. You can take so much strength and weight on your shoulders, but sometimes you can’t control everything.”

Dion, whose music career spans over three decades doesn’t perform for accolades or recognition but to celebrate music.

“I hope I think people know that I don’t do music, I don’t do my passion and sing to win an award. It’s never been the number one goal. It’s to share moments with fans and the celebration of music itself,” she said.

Celine Dion will release new music in August and then embark on an European tour.