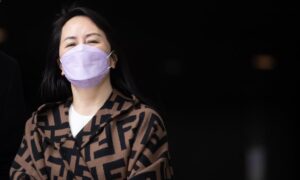 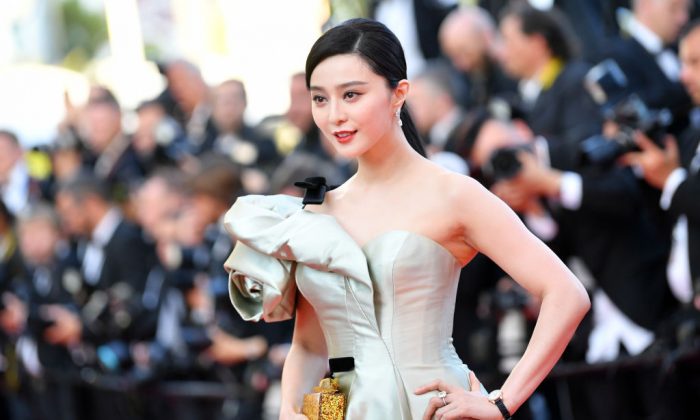 Actress Fan Bingbing attends the screening of “Ash Is The Purest White” during the 71st annual Cannes Film Festival at Palais des Festivals in Cannes, France, on May 11, 2018. (Emma McIntyre/Getty Images)
Chinese Regime

What started out as a personal spat between a Chinese TV personality and a famous Chinese film actress has recently exposed widespread tax evasion within China’s entertainment industry.

The row was between Cui Yongyuan, TV talk show host and former anchor for the Chinese regime’s state broadcaster, CCTV, and Fan Bingbing, a Chinese actress best known for her role as Blink in the Hollywood movie, “X-Men: Days of Future Past.”

At the end of May, Cui posted pictures of Fan’s acting contracts—one for 10 million yuan (about $1.56 million) and another for 50 million yuan (about $7.8 million), both for the same acting job—on his personal Weibo account, the Chinese equivalent of Twitter. The contracts alleged that Fan hid her true income via “yin-yang contracts,” in which a person secretly pockets the money from a higher-value contract but reports the lower-figure contract to the authorities for the purpose of tax evasion.

Fan’s self-founded studio issued a statement denying that Fan had ever engaged in “yin-yang contracts,” and accused Cui of libel and spreading rumors.

China’s State Administration of Taxation has ordered its branch in Wuxi City to investigate Fan’s studio, which is based in Wuxi, according to state-run newspaper Legal Daily.

On June 4, CCTV reported that the tax authorities have begun investigating tax payments of several high-earning figures in the film and television industry.

The investigation has also caused turmoil in the Chinese stock market. A shares—shares quoted in yuan that are traded on the Shanghai and Shenzhen stock exchanges—of companies in the entertainment industry plummeted upon trading on June 4.

Meanwhile, Talent International Media, a Beijing-based television production and distribution company in which Fan owns over 6 million shares, saw its stocks dip 10 percent, the maximum daily limit. Its market value dropped by 660 million yuan (about $103 million). According to Sohu, Fan lost nearly 10 million yuan (about $1.56 million) as a result of the stock plunge.

The phenomenon of “yin-yang contracts” was explained by Shi Zhengwen, director of the Center for Fiscal and Tax Law Research at the China University of Political Science and Law in Beijing, in an interview with state-run newspaper Beijing Daily on June 4.

“Yin-yang contracts” are an illegal way of avoiding taxes, and is a common practice among people with high income, Shi said. He explained that if Fan failed to pay 10 percent of her taxes, she could face up to three years in prison, and a three to 10-year sentence if she failed to pay 30 percent or more, in a separate interview with state-run newspaper Legal Daily on June 3.

While speaking to Radio Free Asia (RFA), Mr. Pan, an insider in China’s entertainment circle, said acting contracts in China are commonly related to money laundering and corruption. He added that if Chinese authorities were to fully investigate the entertainment industry in accordance with the country’s tax laws, not a single company in the industry would come away clean.

Many Chinese netizens took to social media to express their opinions. A netizen calling himself “left-hand ink-mark” expressed his deep distrust of China’s taxation system in a self-penned article.

The netizen explained that many celebrities in China establish their own studios as a way to avoid taxes, since business taxes have maximum rates of 25 percent while personal tax tops out at 45 percent.

“China’s tax collection is about taking from the poor and feeding the rich,” the netizen wrote. “Rich people could find ‘legitimate and legal’ ways to avoid taxes.”