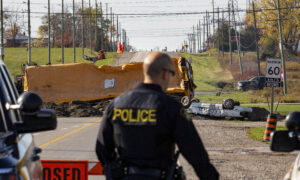 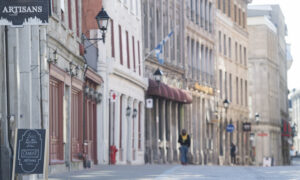 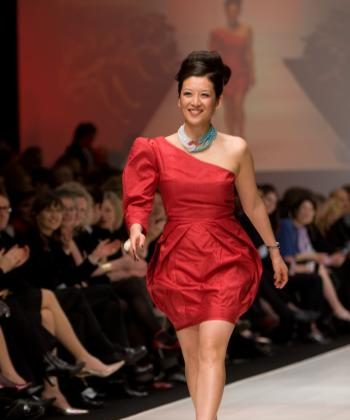 TORONTO—The 2009 Heart Truth Fashion show, bringing together as it did some of Canada’s top celebrities and designers, was a big success all around.

Put on by the Heart and Stroke Foundation as part of Toronto’s LG Fashion Week, the fashion show sought to raise awareness about the growing risk of heart disease and stroke among women.

Marilyn Denis, host of CityLine on Citytv, and R&B sensation Kreesha Turner, were just two of over twenty of the country’s most celebrated women who walked the runway in original red dress designs by top Canadian fashion designers.

Denis, the last model of the show, disco-danced down the runway sporting a red pant suit designed by Toronto’s Farley Chatto. Elaine ‘Lainey’ Lui, one of Canada’s favorite gossip bloggers and eTalk reporters, emerged full of enthusiasm wearing an off the shoulder Evan Biddell dress.

“I love the dress so much; it’s something that I feel is really me. I don’t think it’s a dress 10 out of 10 people that you poll are going to love, but it’s me. Evan Biddell—he is a genius, he’s s great. I love it!” said Lui.

Cameras flashed as high-energy celebrities strutted down the runway, successfully combining fashion and a great cause.

“You saw how much fun it was coming down the runway and the reason why is because we all bonded during rehearsal. There are gold medal winners, there are legends in Canadian broadcasting, artists…and we all fed off each other. It was such an honor to be part of it and also obviously to have women learn and become more aware of heart disease and stroke,” said Lui.

In its second year, the Heart Truth Fashion show is just one of the initiatives the Heart and Stroke foundation uses to raise awareness about the dangers of heart disease and stroke in women. The campaign hopes to encourage women to take preventative actions against heart disease and states that women can reduce their risk by 80 percent with lifestyle changes alone.

Dr. Beth Abramson, cardiologist and spokesperson for the Heart and Stroke Foundation, was delighted by the success of the show, but most importantly she urged women to get informed.

“Behind the glamour and the beautiful gowns, there’s a really important message and I’m glad we’re all out here tonight to discuss it. Women need to be aware of the risk factors of heart disease which include high blood pressure, high cholesterol, diabetes, smoking, a family history of heart disease, etc.”