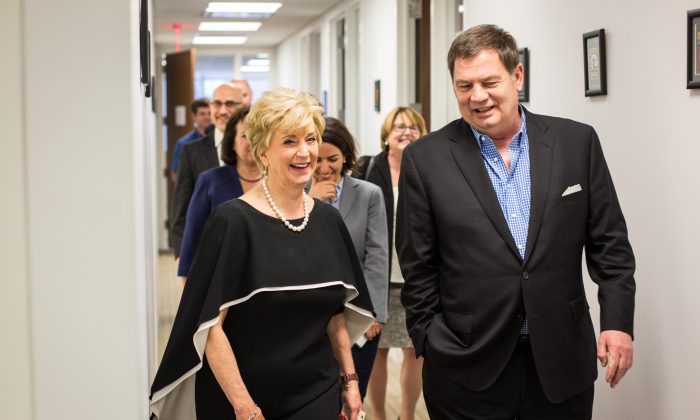 American small-business owners have many reasons to celebrate: They are the backbone of the U.S. economy, and they create nearly two out of every three new jobs each year.

This year’s National Small Business Week, held from April 30 to May 6, recognizes the achievements of entrepreneurs and small-business owners in the United States.

“This week, we affirm our commitment to removing government barriers to the success of American small businesses,” President Donald Trump said in a statement on April 28.

According to Trump, business owners are still struggling under burdensome regulations, and he has pledged to lessen the load on entrepreneurs so that they can spend more time creating jobs rather than wrestling bureaucracy.

More than half of Americans own or work for a small business, and these businesses account for 54 percent of the nation’s sales, according to the U.S. Small Business Administration (SBA).

This year’s Small Business Person(s) of the Year award went to a husband and wife team from Hawaii. Garrett and Melanie Marrero of Maui Brewing Company received the award for growing their small brewpub into the largest craft beer producer in Hawaii.

Surveys show small-business owners have been more positive about the economic outlook after the election. And growing optimism is now translating into more capital investment and job creation.

“There is a businessman who is the president of the United States, who understands business. And he has talked about small business being the backbone of our economy from the time he started campaigning,” McMahon said.

She said the small-business sector will be the big beneficiary of Trump’s regulatory, tax, and health care reforms.