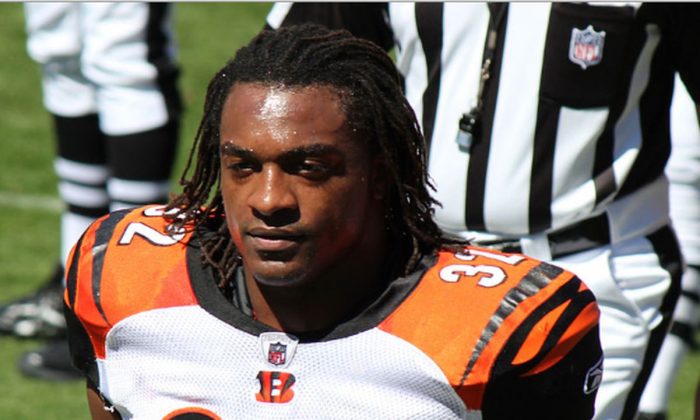 Former NFL running back Cedric Benson died over the weekend in a motorcycle accident, it was reported. He was 36.

According to an EMS report, Benson was one of two people who died in a crash between a motorcycle and a minivan at around 10:22 p.m. local time.

The report said a “vehicle and person on fire” was found at the scene, CBS Austin reported.

Benson was on the motorcycle with a woman, who was in her 30s, and also died at the scene. Two other people involved in the accident refused to be seen by medical officials.

Police told KVUE that “speed and poor visibility were the biggest factors in the crash.”

#ATXTraffic Update on the FM2222 at Mt Bonnell accident. One victim has been pronounced deceased on scene, there are more critical injuries. This is an active scene and the road will be shut down for some time. Standby for media staging location. WC7

“If you’re not really careful, or you’re going slightly over the speed limit, it is very difficult to stop,” Sergeant Eric Wilson said.

After being selected fourth overall in the 2005 NFL Draft, Benson played for the Chicago Bears, Cincinnati Bengals, and Green Bay Packers. His last year in the league was 2012.

His college coach, Mack Brown, wrote in an Instagram comment: “We lost a great one way too soon. #RIP.”