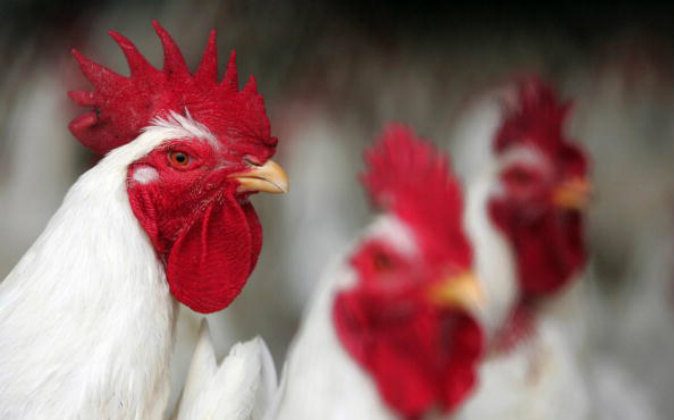 Chicken sit in a farm near Jamasa, Egypt. (KHALED DESOUKI/AFP/Getty Images)
US

The U.S. Centers for Disease Control and Prevention, or CDC, has recommended people not to kiss chickens, as it could lead to contracting the salmonella.

On Wednesday, the CDC released a study that touches upon the increasing popularity of backyard chicken raising across the United States. It noted there is an increase in salmonella outbreaks associated with live poultry.

The agency further said that some people got involved in risky behavior, including cuddling, kissing, and allowing their chickens to roam bathrooms and bedrooms.

The CDC added that “poultry are acquiring a new position in many households. Instead of being treated as production animals, they are increasingly being considered household pets.”

“However, recurring LPAS outbreaks highlight the need for strategies to prevent human illnesses associated with live poultry contact,” it said, adding that  “poultry should never be allowed inside the house.”