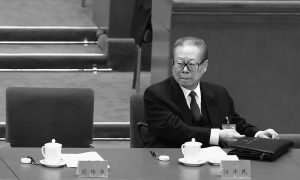 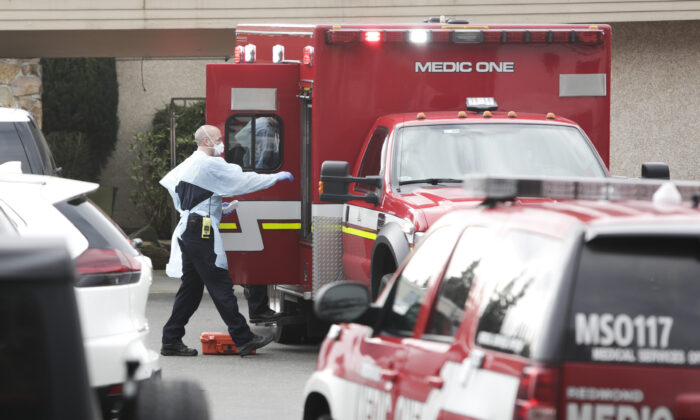 Ambulance staff prepare to transport a patient from the Life Care Center nursing home where some patients have died from COVID-19 in Kirkland, Washington (Jason Redmod/AFP via Getty Images)
AMERICA

Reports saying COVID-19 is the leading cause of death in the United States was disputed by the U.S. Centers for Disease Control and Prevention (CDC), which tracks such information.

“There are no data to support that theory,” Jeff Lancashire, a spokesperson for the CDC’s National Center for Health Statistics, told CNN on Friday.

“We have limited data on 2020 deaths by cause, and no final official numbers yet for 2019, but we do know by looking at the final death totals in 2018 for the two leading causes of death in the U.S., heart disease and cancer, there is no way that at this point COVID-19 comes anywhere close to those totals,” he explained.

A graph published this week by Dr. Maria Danilychev, a San Diego-based physician, showed that the Chinese Communist Party (CCP) virus causes about 1,970 deaths across the United States each day, Newsweek reported. The same graph shows 1,774 die from heart disease and 1,641 die from cancer each day.

The conflicting reports come as President Donald Trump and White House task force member Dr. Anthony Fauci have estimated that the number of people who could die in the United States might be far lower than initially predicted.

“I think the American public has done a really terrific job just buckling down and doing those physical separations and adhering to those guidelines,” Fauci said in a briefing this week.

“The minimum number was 100,000 lives and I think we’ll be substantially under that number,” Trump said on Friday afternoon, without giving a timetable. “Hard to believe that if you had 60,000, you can never be happy, but that’s a lot fewer than we were originally told and thinking.”