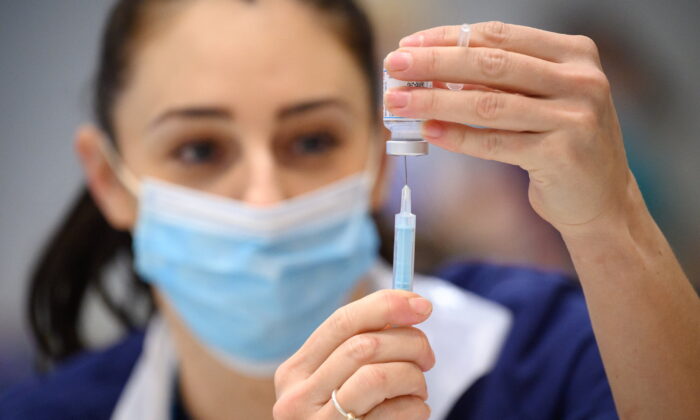 If the CDC signs off on the recommendation, it would mean both mRNA COVID-19 vaccines would be available to all Americans aged 6 months old and up.

“We know that Covid can cause severe disease and death among children and adolescents, including those without underlying medical conditions,” said Dr. Sara Oliver, a CDC scientist, during the panel meeting.

“The benefits outweigh the risks for mRNA COVID-19 vaccines in all ages,” she claimed.

There have been concerns that the Moderna vaccine, which is given at a higher dose than the Pfizer-BioNTech shot, may cause certain types of heart inflammation at higher rates, primarily in younger males.

The CDC last week said more recent U.S. data showed that while there was a numerically higher rate of myocarditis or pericarditis with Moderna’s shot, the findings were not statistically significant, meaning they might be due to chance.

“Some evidence suggests that myocarditis and pericarditis risks may be higher after Moderna than after Pfizer. However, the findings are not consistent in all U.S. monitoring systems,” Dr. Tom Shimabukuro, an official at the CDC’s vaccine unit, told the panel on Thursday, according to CNBC.

A slew of studies and data has shown that children have the lowest COVID-19 mortality and hospitalization rates of any age group. Elderly people and immunocompromised individuals are the most at risk. In March, the CDC quietly removed about 25 percent of its recorded COVID-19 deaths among individuals younger than 18 as some doctors sounded the alarm about giving the vaccines to young children.

Updated data from the federal government shows that only about 29 percent of children aged 5 to 11 have are fully vaccinated after the October 2021 approval for Pfizer’s vaccine. About 36 percent of children in that group have received one dose, the data show.

A Kaiser Family Foundation survey released in May revealed that 18 percent of U.S. parents with children aged 6 months to 5 are planning on vaccinating their children. The study was released before the FDA and CDC signed off on the vaccines for that age group.

In May of this year, Moderna submitted an application to the Food and Drug Administration (FDA) for children aged 6 to 11, who would get 50 micrograms, or half the dose given to adults.