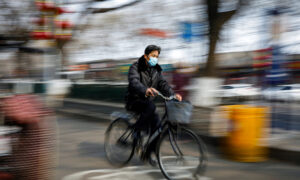 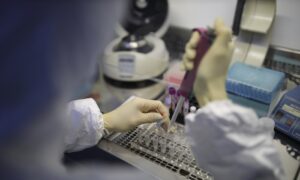 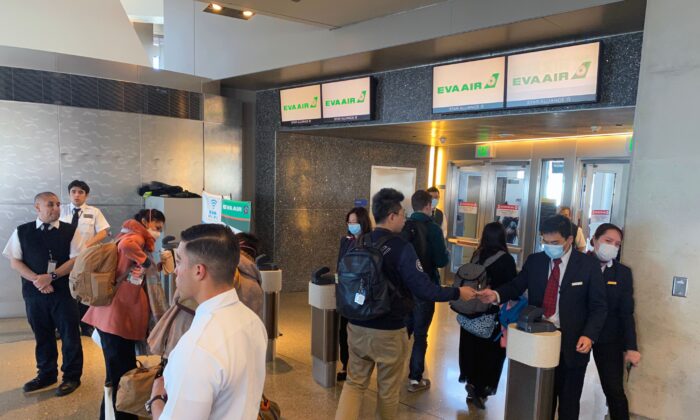 Federal officials said a labeling error and a delay in testing caused the mixup that involved a coronavirus patient who was mistakenly released from a hospital back to quarantine.

A female evacuee from Wuhan who landed in California recently was hospitalized with symptoms of the new virus, COVID-19, along with several other patients. She and the other patients were released from UC San Diego Medical Center on Sunday.

While the patients were being driven back to Marine Corps Air Station Miramar in San Diego, the mixup was discovered, Dr. Christopher Braden, who leads the Centers for Disease Control and Prevention delegation in San Diego, said at a press conference on Tuesday.

The officials received a text as they approached the base that said it was an important message, Braden said, indicating how close the infected woman was to mixing with other evacuees.

The CDC said the error occurred after it issued a negative finding Sunday on a large batch of specimens taken from people quarantined at the base. The woman had her sample taken at the hospital, where she was being observed for a cough. The hospital released her at the CDC’s direction after being told that everyone quarantined had shown negative results, when, in fact, her sample was excluded from the rest of the batch.

There are a large number of specimens being processed at the Atlanta-based agency, Dr. Nancy Messonnier, a director at the agency, told reporters in a phone call on Wednesday. Because of the way the sample was identified, it wasn’t included in the first run. After the mixup was discovered, the sample was tested as part of a “second run.”

After the test results showed the woman had the virus, she was isolated at the hospital.

In this case, the normal procedures for matching a person to a specimen the procedures didn’t work properly. The person was “misidentified” as testing negative, Messonnier said.

Officials have added additional quality control protocols to the testing process as a result of the mixup.

A difference in labeling by the medical center and the CDC was also involved.

UC San Diego Medical Center officials said Tuesday that it used pseudonyms on labels to protect patient privacy and that the CDC “used different naming protocols that were not shared with our institution.”

“It was an issue with the labeling,” Braden said at a news conference. “They have their procedures, we have our procedures. They didn’t match exactly.”

The female patient is doing well at the hospital with minimal symptoms, officials said.

She was the 13th confirmed case in the United States, but the first patient who was evacuated from Wuhan to test positive for the virus. Some 800 Americans were evacuated on five flights from the epicenter of the virus. Four groups are still in quarantine.

The other group, the first to arrive in the United States, was released from quarantine on Tuesday. The 195 people were let go after being isolated for 14 days. They “happily returned to their families and communities” and “pose no health threat to the surrounding communities or the community they will be returned to,” Messonnier said.

Among those leaving the base was Consul General Jamie Fouss. He described how they had to check passengers against the manifest on the chartered plane in China, check bags, and conduct health screenings before taking off for Alaska and later California.

The quarantine, he said, wasn’t as challenging as he thought it could be, adding the group stayed busy with evacuees, running Zumba, art classes, and activities for the children.

“Everybody felt like the quarantine was their civic duty to do what they needed to do to keep themselves and their communities safe,” he told reporters. “Today as we took off our masks and were given the clean bill of health, we all realized we had gone through this experience together, and we made good friends.”