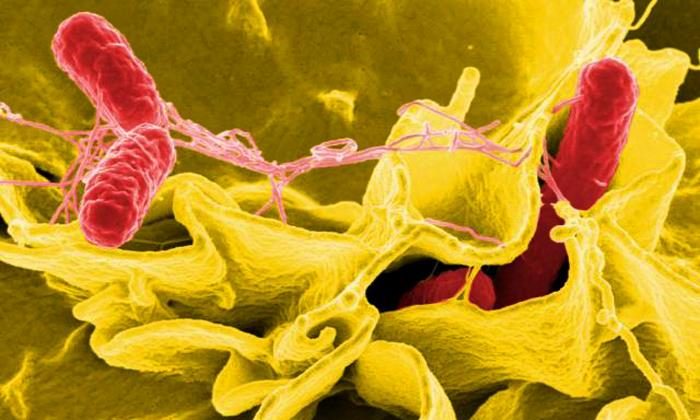 A nationwide salmonella outbreak from a mysterious source has now spread to 29 states, according to an update from the Centers for Disease Control and Prevention (CDC).

The outbreak has sickened nearly 280 people and more than two dozen have been hospitalized, said the federal health agency in its latest update on Sept. 23.

About 152 more cases were reported since the last update, the agency wrote on Twitter, adding that “the source remains unknown, but investigators are working quickly to identify a food linked to [the] illness.”

There have been no deaths associated with the “fast-growing outbreak,” said the CDC.

To date, Texas has the most reported illnesses at 81, followed by Illinois and Virginia, where 23 and 22 people have been sickened, respectively, the CDC said.

In another update, the agency said a variant of Salmonella oranienburg was found in a takeout condiment cup that had lime and cilantro. The container had also contained onions at one point, which made it difficult to identify the source, said the CDC.

“Because multiple food items were present in the container and in the sample that was tested, it is not possible to know which food item was contaminated,” the CDC said on Sept. 24. “We are using this information in conjunction with other available information to help narrow the list of possible foods linked to illness.”

It came after local and state officials collected food items from several restaurants where sickened people ate, the agency said. Those restaurants were not identified.

The total number of infections may be higher than 279 because individuals who recover from salmonella may not have been tested for it. Meanwhile, symptoms of salmonella can take up to a week to develop.

Health officials say symptoms include vomiting, dehydration, dizziness, diarrhea, and a fever. But in some cases, “people’s illness may be so severe that they need to be hospitalized,” says the CDC.

Around the United States each year, salmonella causes about 1.35 million infections, 26,500 hospitalizations, and 420 deaths, the CDC says.

“Most people recover without specific treatment and should not take antibiotics. Antibiotics are typically used only to treat people who have severe illness or who are at risk for it,” according to the CDC.