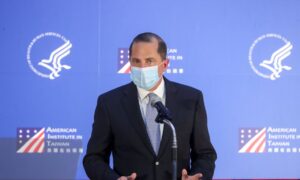 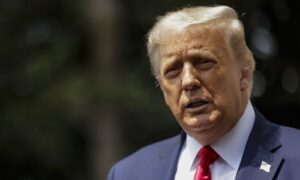 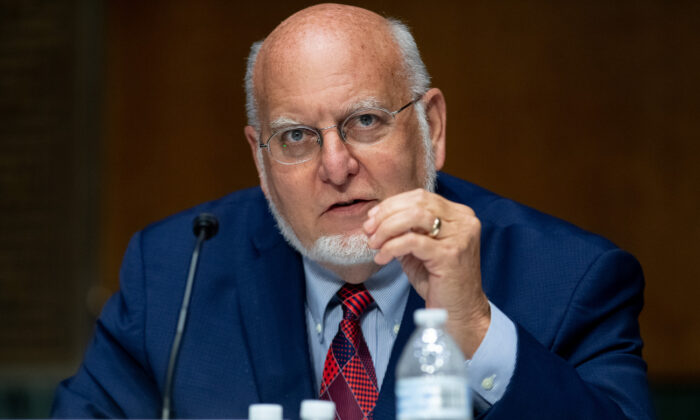 The director of the U.S. Centers for Disease Control and Prevention (CDC) has warned that if Americans fail to follow safety measures put in place to curb the transmission of the CCP virus in the coming months, the country could face the “worst fall from a public health perspective” in history.

Speaking to WebMD, Dr. Robert Redfield advised Americans to follow four “simple” steps in order to prevent that from happening.

“For your country right now and for the war that we’re in against COVID, I’m asking you to do four simple things,” Redfield said. “Wear a mask, social distance, wash your hands, and be smart about crowds.”

“You do those four things, it will bring this outbreak down. But if we don’t do that, as I said last April, this could be the worst fall from a public health perspective, we’ve ever had.”

Redfield added that it must be a collective effort from all Americans, in order to be effective.

“And I keep telling people, I’m not asking some of America to do it. We all got to do it,” Redfield said, referring to wearing face masks, social distancing, practicing good hand hygiene, and being smart about crowds.

His remarks came as the United States earlier this week reported 55,000 news cases of COVID-19, the disease caused by the CCP (Chinese Communist Party) virus, and 1,499 virus-related deaths—the highest since May.

Redfield said that by the end of the year, he expects the virus to be a leading cause of death in the country, noting that mortality is gradually improving however as physicians learn to better manage patients and recognize infections.

When asked what the situation in the United States would look like by Thanksgiving, Redfield said it is entirely dependent on how Americans choose to respond.

“I think it’s just dependent upon how the American people choose to respond. We’re going to continue to try to do what we can to be effective,” he said.

“In speaking, I’ve said before, when John Kennedy said, ‘don’t ask what your country can do. Ask for what you can do for your country.’”

The CDC director also recommended that Americans take the flu vaccine this year to prevent the overcrowding of hospitals and make space for potential COVID-19 patients.

“I’ve seen hospital intensive care units stretch by a severe flu season, and clearly, we’ve all seen it recently with COVID. So by getting that flu vaccine, you may be able to then negate the necessity to have to take up a hospital bed,” he explained. “And then that hospital bed can be more available for those that potentially get hospitalized for COVID.

Redfield noted that he is “very cautiously optimistic” that the United States will have one or more COVID-19 vaccines deployed “before the first of the year.”

The CDC on Thursday published a forecast that projects the total number of CCP virus deaths will approach just under 189,000 in the United States in the next three weeks, with a potential range of 181,375 to 201,431 deaths.

Over the next four weeks, Colorado is expected to see a rise, while Arizona, the Northern Mariana Islands, Vermont, and Wyoming, may see a decrease in new reported COVID-19 linked deaths per week, the CDC projected.