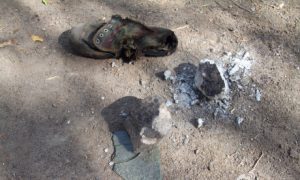 China’s netizens recently showed CCTV that it could not get away with recycling the absurd propaganda claims that decades ago passed unchallenged.

On July 16, CCTV, commonly known as the Chinese Communist Party’s mouthpiece, commemorated the 47th Anniversary of Mao Zedong’s last swim across the Yangtze River with a 3-minute video segment, which included a black and white clip of Mao swimming across the river in 1956 and 1966.

CCTV quoted a People’s Daily report from the time of Mao’s cross-river swims that claimed he swam very fast, completing the 15 kilometer (9.3 miles) trip in only one hour and five minutes.

The best record for a 10 kilometer open-water swim in world championship competition is one hour and 54 minutes.

Sun Yang won a Gold Medal in the Olympic 1,500 meter freestyle with a time of 14 minutes and 31.2 seconds. If Sun were to swim across the Yangtze River (15,000 meters) at his Olympic-medal-winning speed, it would take him more than 2 hours and 20 minutes.

Conversely, if Mao had competed in the 1,500 meter freestyle at the reported speed of his 15 kilometer swim, he would have recorded a time less than half that of Sun Yang’s best, finishing the 1,500 meters in only 6 minutes and 30 seconds.

Translated by Jenny Yang. Written in English by Barbara Gay.

Luo Ya
Follow
Luo Ya is a freelance contributor to The Epoch Times.
TOP NEWS