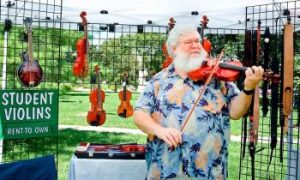 In Pictures: Fiddling and Picking Competition
0 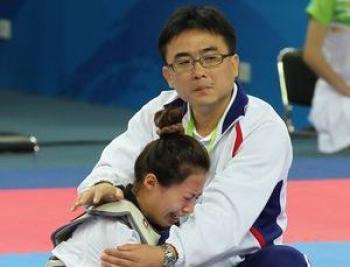 Taiwanese athlete Yang Shu-chun cries after being disqualified from the women's Taekwondo competition at the Asian Games in Guangzhou on Nov. 17, 2010. (Central News Agency)
China

By Quincy Yu
Print
China’s state television channel CCTV is accused of deliberately altering the sequence of a video match it broadcast of a Taiwanese Taekwondo athlete who was disqualified from the Asian Games in Guangzhou. The disqualification was a miscarriage of justice, according to Taiwan’s president.

Yang Shu-chun, a gold medal hopeful Taekwondo athlete from Taiwan in the women’s 49 kg division was disqualified by Games officials on Nov. 17 for allegedly wearing illegal sensors on her electronic socks to increase her chances of scoring.

However, a live recording shows that Yang had removed the sensors before the match.

A China Review News reporter highlighted the order of the event.

1. Before the match officially began, both competitors were shown doing test kicks. At that time, Yang had sensors attached to her electronic socks.

2. When the problem was discovered, Yang walked to her coach who helped tear off the sensors.

3. The coach held the sensors up after removing them.

4. Yang, no longer with sensors on her heels, went back to the competition ground.

Taiwan’s President Ma Ying-jeou said in a statement on Nov. 21, that his government has held several press conferences on the incident. He said a video recording and photos of the entire match have been published, that public opinion is unanimous that Yang has been wronged, and that the government will continue to seek justice.

Another wrong waiting to be righted is the apparent deception in which the Chinese Communist Party-controlled television channel, CCTV, manipulated its broadcast of the incident.

On the evening of Nov. 20, Taiwan media reported that CCTV had deliberately reversed the order of the live video segments, making it appear as if Yang was wearing the sensors going into the competition, implying that she was cheating.

Taiwan’s Next TV News anchor questioned CCTV on the evening news. “Is the profession of news reporting to garble?”

Taiwanese citizens too expressed their disapproval of China’s state media reporting. “Fellow countrymen on the other side of the strait, your government and media are really first class in fabricating false news. Poor mainlanders, you are forever deceived by your government,” one blogger wrote.

Others found the incident somehow redolent of the tainted-milk scandal in China, where independent reporting was smothered for political imperatives.