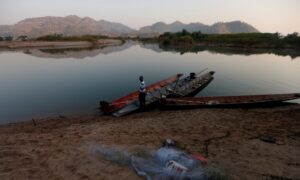 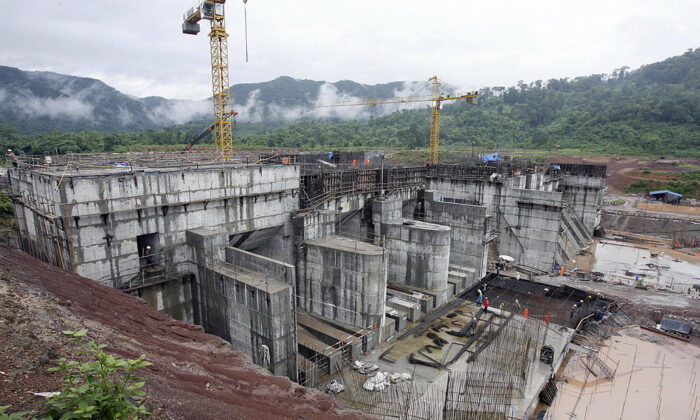 Renowned expert hydrologist Wang Weiluo has likened Belt and Road deals between countries along the Mekong River and the Chinese Communist Party (CCP) as Faustian bargains, saying that while they bring investment they are deals with the devil that hurt livelihoods.

Speaking to the Hong Kong Epoch Times, Wang said that the dams on the Mekong River are destroying the ecological environment and directly threatening the development of fisheries and the livelihood of tens of millions of fishermen in the Mekong River basin.

His comments come after CCP mouthpiece Xinhua reported that Chinese leader Xi Jinping’s speech to the U.S.-led virtual climate summit was a guideline to build a “human community with a shared future,” while touting seven hydropower stations on the Nam Ou River in Laos built by the CCP as a perfect example.

Nam Ou River in Laos is one of the 12 principal tributaries of the Mekong River, the largest river in Southeast Asia. The Mekong originates on the Tibetan Plateau and runs through six countries, including China, Myanmar, Laos, Thailand, Cambodia, and Vietnam.

Over the past five years, the CCP’s “One Belt, One Road” program, often referred to as the Belt and Road Initiative (BRI), has targeted the Mekong River Basin and invested in a number of major infrastructure projects, including hydropower stations.

Expert hydrologist Wang said the CCP views infrastructure projects in the Mekong River Basin as just as nationally significant for China as CCP leader Xi Jinping described the Three Gorges dam project when he said they were a “major national important weapon” that must remain in Beijing’s hands.

Likewise, Wang said the Chinese regime would view the infrastructure projects along the Mekong River in the same way and have the same ability to impact China’s rise or decline.

Wang noted that the operation of hydropower stations along the Mekong River directly affects all aspects of local energy supply and river channel management.

However, Wang noted that the countries along the transboundary river have handed their “national important weapons” to the CCP.

The CCP’s promotion of the BRI in the Mekong River Basin reveals its ambition to control not only China’s “major national important weapons” but also those of the Mekong Basin countries, in order to control Southeast Asia, Wang noted.

Over the past 10 years, hydropower development in the Mekong River Basin has been expanding. There are 11 projects in operation or in planning, including seven hydropower stations in Laos, two in Cambodia, and two on the Lao-Thai border.

Using the BOT model, the Chinese regime would sign a 20-year or longer concession agreement with a local government after investing in the construction of these hydropower stations.

Take the Sino-Lao cooperation project Nam Phay Hydropower Station as an example. The Chinese side holds 85 percent of the project’s equity and will have a 25-year concession period after the project is officially put into commercial operation.

Wang pointed out that although the CCP’s investment in these infrastructure projects has boosted local economic growth, the deals are nonetheless a Faustian bargain, and the costs—such as rivers being blocked and ecology and natural environment being damaged—will far outweigh the benefits of the hydropower plants.

Threatened by Dams, Mekong River May Become Another Yangtze

Fisheries in the Mekong River Basin now face the threat of dams that disturb fish migration and ecology and causes economic loss due to development.

In a study titled “Rivers of Giants – Giant Fish of the Mekong,” the WorldWide Fund for Nature (WWF) said that dams on the Mekong’s mainstem and tributaries are the greatest and most pressing threat to the Mekong’s giant fish because they disrupt the migratory routes of giant fish.

Wang Weiluo said the dams block the downward flow of sediment which contains nutrients for the fish. The water flowing from the reservoir is also several degrees cooler than normal river water, which can also disrupt fish reproduction.

Meanwhile, Nature magazine reported that an estimated 60 percent of the catch in the Lower Mekong Basin is made up of migratory fish that need to cross the river unimpeded to spawn in suitable areas. The construction of dams will impede the migration of these fish and put many of them at risk of extinction.

According to the Mekong River Commission, the loss of fish due to dams is estimated to be nearly $23 billion by 2040. In addition to fisheries, the loss of forests, wetlands, and mangroves could be as high as $145 billion. The dams will also reduce sedimentation and limit rice growth along the Mekong River.

The Mekong River is known as a “natural fishery” and is famous for its 1,148 species fish species, ranking third in the world in fish diversity after the Amazon and the Congo River basins.

The Lower Mekong Basin has the largest inland capture fishery in the world, with a total annual catch of 2.3 million tons of fish valued at $11 billion, providing up to 80 percent of the animal protein needed by the people of the Mekong River Basin on a daily basis.