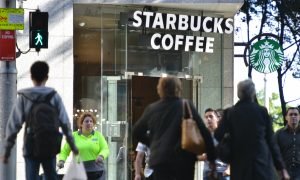 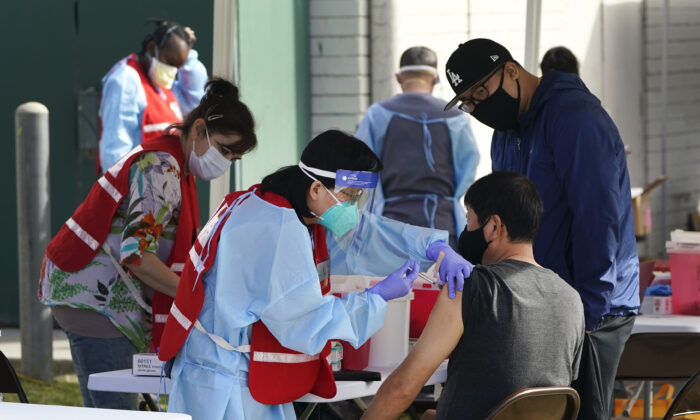 It was unclear if the spike was due to the presence of the UK virus variant, of which only one case has so far been confirmed in a visiting British citizen.

The country has now seen almost 1.61 million total infections and has seen registered over 139,000 deaths so far in the pandemic.

Several researchers at the Wuhan Institute of Virology fell ill with symptoms similar to those caused by the CCP virus in the Autumn of 2019, contradicting claims by a senior researcher from the institute who said there were no infections among the staff scientists.

The revelation is part of a fact sheet released by the U.S. Department of State on Jan. 15 which slams the CCP for obsessive secrecy around the origin of the virus.

U.S. pharmaceutical company Pfizer confirmed Friday it will temporarily reduce deliveries to Europe of its CCP virus vaccine while it upgrades production capacity to 2 billion doses per year.

The EU Commission chief said she’d immediately called Pfizer’s CEO. But in an indication the issue might go beyond Europe, Canada’s government said it was also affected.

While most of Europe kicked off 2021 with earlier curfews or stay-at-home orders, authorities in Spain insist the new virus variant causing havoc elsewhere is not to blame for a sharp resurgence of cases and that the country can avoid a full lockdown even as its hospitals fill up.

Infection rates ebbed in October but never completely flattened the surge from summer. Cases started climbing again before the end of the year. In the past month, 14-day rates more than doubled, from 188 cases per 100,000 residents on Dec. 10 to 522 per 100,000 on Thursday.

UK to Close All Travel Corridors

Britain will further tighten entry restrictions by closing all its “travel corridors” with other countries in order to stem the spread of new CCP virus variants, Prime Minister Boris Johnson said on Friday.

The change means all passengers must have a recent negative virus test and transfer immediately into isolation upon arrival. The isolation period lasts for 10 days, unless the passenger tests negative after five days.

At least 10 state health departments in the United States have detected the highly contagious B.1.1.7 variant of COVD-19, the disease caused by the CCP virus, according to an update from the U.S. Centers for Disease Control and Prevention (CDC).

Health officials warned that models have shown the B.1.1.7 strain of the virus has the potential to increase “the U.S. pandemic trajectory in the coming months” and “warrants universal and increased compliance with mitigation strategies, including distancing and masking.”

Germany has passed the mark of 2 million confirmed CCP virus infections since the start of the pandemic.

Vaccine Side Effects May Have Led to 13 Deaths: Norway

Norway has changed its CCP virus vaccination guide to state that “very frail” people should no longer receive the jab, citing 13 post-vaccine deaths in the country from side effects that appear to be linked to Pfizer and partner BioNTech’s mRNA vaccine.

The country has so far reported a total of 23 post-vaccine deaths out of roughly 25,000 shots. After examining 13 of the deaths, the agency said “side effects from the mRNA vaccines … may have led to deaths.”

China’s Lack of Transparency Had US ‘Flying Blind’

U.S. Health and Human Services Secretary Alex Azar said that China’s lack of transparency and action had left the United States “flying blind” and compromised its early response to the CCP virus.

Many U.S. pharmacies, including those inside Kroger Co supermarkets and the drugstore chain of CVS Health Corp, say they will not be checking IDs before administering CCP virus vaccines, leaving the door open to those who do not meet states’ guidelines to jump the line.

While the United States has distributed more than 30 million vaccine doses, a little over 11 million had been administered as of Thursday, a lag that prompted U.S. health secretary Alex Azar to call on states to begin vaccinating the vulnerable older population and those with certain chronic health conditions to get more vaccines into arms.

Reuters, and The Associated Press contributed to this report.