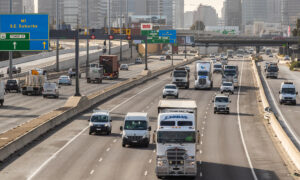 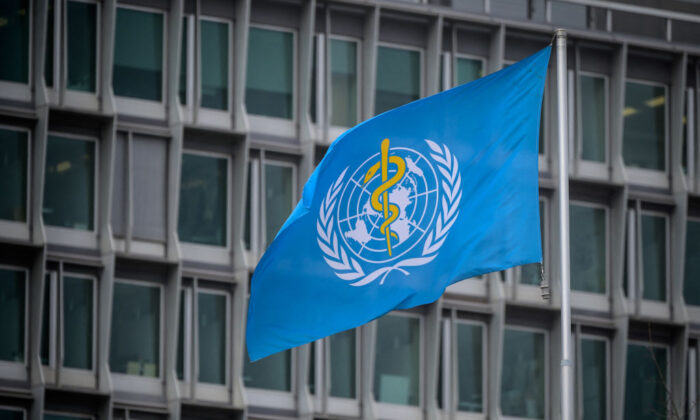 The flag of the World Health Organization (WHO) at its headquarters in Geneva on March 5, 2021. (Fabrice Coffrini/AFP via Getty Images)
WORLD

A panel of independent experts commissioned by the World Health Organization (WHO) has issued a scathing rebuke of the global reaction to COVID-19, calling the outbreak a “preventable disaster” and a “terrible wake-up call” that exposed weak links along the entire chain of pandemic preparation and response.

In a report issued on May 12 (pdf), the Independent Panel for Pandemic Preparedness and Response blamed countries worldwide for their sluggish response to the outbreak of the CCP (Chinese Communist Party) virus, saying most waited to see how the virus was spreading until it was too late to contain it, leading to catastrophic results.

The group also took aim at the lack of global leadership and restrictive international health laws that “hindered” the WHO’s response to the pandemic. Some experts criticized the panel for failing to hold the WHO and others accountable for their actions, describing that as “an abdication of responsibility.”

Lawrence Gostin of Georgetown University said the panel “fails to call out bad actors like China, perpetuating the dysfunctional WHO tradition of diplomacy over frankness, transparency, and accountability.”

The controversy centers on the fact that Chinese officials knew in early December 2019 that the virus had appeared in Wuhan, but they sat on the information for six weeks, arresting those who tried to warn of the danger and accusing them of spreading “rumors.” The regime’s rigorous censorship apparatus was deployed to prevent media coverage and to delete any mentions of the virus from social media.

“As with SARS, the first response was denial,” The Epoch Times editorial board wrote in a piece explaining why it opted to use the term “CCP virus” in reference to the pathogen that causes the disease COVID-19.

“The name holds the CCP accountable for its wanton disregard of human life and consequent spawning of a pandemic that has put untold numbers in countries around the world at risk, while creating widespread fear and devastating the economies of nations trying to cope with this disease,” the board wrote.

Members of the Trump administration sought to take the Chinese regime to task for its failures in the early phases of the outbreak, with former President Donald Trump repeatedly blaming China for fanning the flames.

The panel took a soft approach on China, praising clinicians in Wuhan for being “quick to spot unusual clusters of pneumonia of unknown origin in late December 2019,” while making no mention of earlier regime efforts to suppress whistleblowers. The panel did note, however, in a segment of the report that it calls an “authoritative” timeline of the outbreak, that “early case definitions in China likely underestimated prevalence” of the virus.

The report blamed bottlenecks in formal notification and emergency declaration procedures under international health regulations for being “much too slow to generate the rapid and precautionary response required to counter a fast-moving new respiratory pathogen.”

They praised health workers for being “stalwart in their efforts” to combat the pandemic, while characterizing successful national responses as ones that were built on lessons from previous outbreaks and relied on plans that could be readily deployed.

“They listened to the science, changed course where necessary, engaged communities, and communicated transparently and consistently,” the panel noted.

Overall, the report found that, even after decades of warnings that a highly transmissible virus was poised to sweep the globe, the world wasn’t prepared for the CCP virus.

“The Independent Panel has found weak links at every point in the chain of preparedness and response. Preparation was inconsistent and underfunded. The alert system was too slow—and too meek,” the panel wrote.

The panel was led by former Liberian President Ellen Johnson Sirleaf and former New Zealand Prime Minister Helen Clark, who were tapped by the WHO last year to examine the U.N. agency’s response to COVID-19 after bowing to a request from member countries.

“This is an ongoing disaster that we believe could have been prevented. The evidence shows that an outbreak became a pandemic because of failures, gaps, and delays in preparedness and response. This was partly due to a failure to learn from the past,” Johnson Sirleaf said.

Beyond the call to boost the WHO’s ability to investigate outbreaks, the panel made an array of recommendations, such as urging the health agency and the World Trade Organization to convene a meeting of vaccine-producing countries and manufacturers to quickly reach deals about voluntary licensing and technology transfer, in an effort to boost the world’s global supply of CCP virus shots.