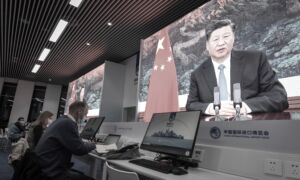 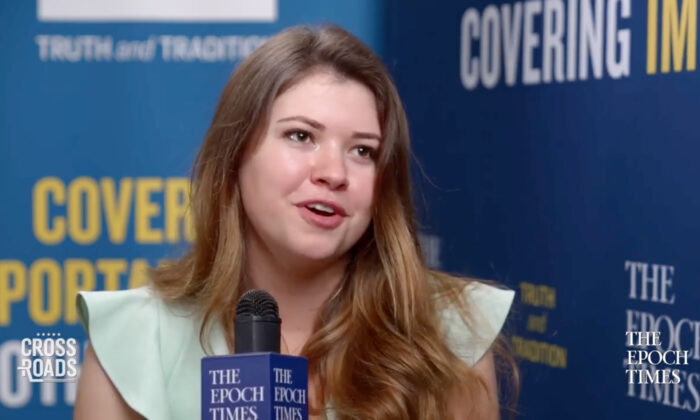 The Chinese regime uses private dinners and paid trips to push for favorable reports or policies from the media and politicians, according to Natalie Winters, an investigative reporter with The National Pulse.

Winters pointed out that CUSEF has been identified repeatedly by the U.S. government as working with China’s United Front Work Department, an affiliate of the CCP central committee.

The CUSEF was established in 2008 in Hong Kong, labeled as “an independent, non-profit and non-governmental foundation committed to the belief that a positive and peaceful relationship” between China and the United States.

“They were paying journalists, reporters, editors from basically every Western media outlet—Newsweek, even Fox, CNN, Washington Post—all these outlets that love to lecture us on journalistic integrity, to take trips to China to tour not only military facilities, tour Huawei, meet with Chinese Communist Party officials,” Winters said.

“And in exchange, when you read the Foreign Agent Registration Act filings, you see that they were forced to essentially provide ‘favorable coverage’ and ‘disseminate positive information’ with regards to China,” she added.

Winters pointed out that these activities were aided and abetted by Western lobbying firms, specifically BLJ Worldwide.

In a Foreign Agent Registration Act (FARA) filing (pdf) last year BLJ Worldwide stated: “BLJ has also helped CUSEF to engage openly with academic and thought leaders, including through the use of salon-style dinners. We also supported trips to China for the following media outlets…”

Winters suggested that the media and universities, Hollywood, and current and former officials have taken such trips to China and have been given a “very curated view” of the CCP.

“So no wonder why they treat it with such kid gloves and are very kind to them,” Winters said.

Winters suggested that the media treats China softly when reporting the genocide of Uyghurs. Sometimes media also refuse to cover certain stories, such as the recent controversy over Hunter Biden’s hard drive, she said.

“This isn’t just my opinion or conspiracy theories. These are within the Foreign Agent Registration Act filings. These are explicitly what they’re hired to do, what they’re supposed to do,” Winters added.

“Even [President] Joe Biden actually met with the chairman of the organization when he visited China in 2013. That same trip he conveniently saw his son ink a very lucrative deal with the Bank of China and other entities,” she said.

“When the Chinese Communist Party attempts to overtake the United States, it’s not that they necessarily want to fly a Chinese flag over the White House,” Winters continued. “They just want everybody who’s in that White House to somehow have liaised with them, whether through an organization like CUSEF, they want them to come from university programs that have been entirely funded and bankrolled by the Chinese Communist Party.”

Winters also pointed out that the Congressional Black Caucus, which is made up of most African American Congress members, had a very “intense” relationship with CUSEF for around a decade.

“Members of this caucus, which include [Vice President] Kamala Harris, include ‘Squad’ members like [Rep.] Ilhan Omar, they have actually sent their student-age constituents to China on these sponsored trips, the same ones that the media outlets have been going on,” Winters added. “They toured Huawei facilities. It’s absolutely astounding.”

Winters said that many students who go on these trips write blog posts for the CUSEF website.

“And in one of the posts, one of the poor girls who went on the trip, she actually talked about how China is an ‘amazing communist country’ that outperforms the United States in virtually every level,” Winters added. “So that is propaganda at its absolute finest.”

Winters also pointed out that the first group of students that went to China was called the “Marcia Fudge Inaugural Cohort” because Rep. Marcia Fudge (D-Ohio) spearheaded the “whole effort.”

Fudge was nominated by Biden to be secretary of Housing and Urban Development.

“That is not something that I would want my name on or anywhere near or subject my constituents to,” Winters said. “Absolutely bizarre.”

CUSEF is not the only organization that works for the CCP. On Dec. 4, 2020, the Trump administration terminated five China-funded propaganda programs, including CUSEF.

Former Secretary of State Mike Pompeo said the five programs are “disguised as cultural exchanges” and “are fully funded and operated by the PRC government as soft power propaganda tools.”