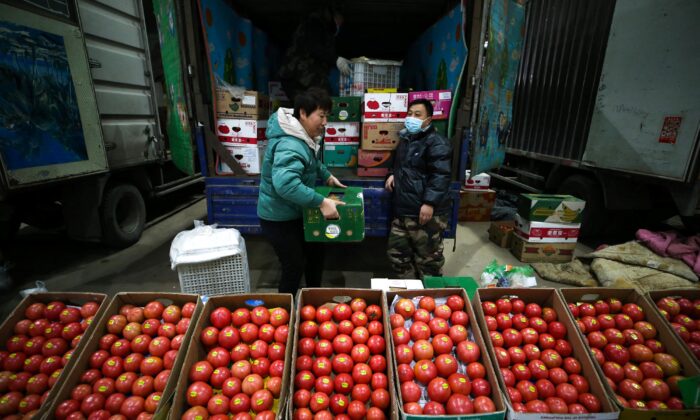 Fiscal mismanagement, exacerbated by the growing authoritarian tendencies of the Chinese Communist Party (CCP), is quickly undoing economic and social progress and setting the stage for soaring poverty and social unrest throughout China, according to experts at a Hudson Institute virtual event on Jan. 11.

Looking at China today, Duesterberg outlined a number of festering issues that the CCP  has proven to be singularly ill-equipped to address in recent years.

One of the biggest looming problems has to do with the country’s demographics. China has what Duesterberg referred to as a severely aging population, in which the number of working-age men and women is expected to decline sharply as a percentage of the citizenry in coming years. He predicted that by 2050, 500 million Chinese will be over the age of 60, and that many will require extensive support through an already strained social welfare system. Not only is that system underdeveloped when compared to the social networks and safety nets found in Western countries, but it’s also underfunded.

Compounding this issue is a growing trend in the system toward inequality, which takes myriad forms.

“There’s an unequal distribution of income, both vertically and geographically. The IMF [International Monetary Fund] noted in a paper a few years ago that from being one of the most equitable economies in 1990, China now has inequality higher than most, with inequality in urban regions rising sharply. This inequality extends also to the education system, to jobs, opportunities, and to opportunities for women,” Duesterberg said.

He cited the statistic that women currently make up only about 5 percent of the total membership of the central committee of the CCP, a 205-member high-level decision-making body of the Party, and they suffer from a marked wage gap.

Further complicating the long-term economic picture is the ongoing degradation of the natural environment of China, as air, water, and soil become increasingly polluted amid Beijing’s heavy-handed efforts to control China’s river systems. Additionally, for all its natural resources, mismanagement at the top contributes to a general lack of self-sufficiency with regard to food, energy, and minerals, Duesterberg said.

All these problems would be daunting enough even in a country with highly capable and transparent leadership. The growing authoritarianism of the Xi Jinping regime and its tendency to favor state-owned firms rife with cronyism and incompetence and to sideline private-sector players seriously exacerbates the country’s many economic and social ills, Duesterberg said.

“Estimates are that the state-owned private enterprises of China are only about 20 percent as productive in the industrial sectors as those in the advanced economies of the West,” he said. “Xi Jinping also promoted the role of the CCP officials in company management boards, often advancing politics rather than economic efficiency as the goals of management.”

A clampdown on independent media sources is part and parcel of the regime’s authoritarian approach, which puts China at a further disadvantage when competing with other countries. Xi is averse not only to large and successful Chinese firms such as Alibaba, but also to dynamic firms in the digital marketplace that had been poised for growth in such realms as video-gaming, ride-sharing, and health care, Duesterberg said.

Looking at all these trends in aggregate, there can be no doubt as to their stalling effect on China’s economy, Duesterberg said. According to his figures, China must devote 7 to 9 yuan for every single yuan it hopes to gain in overall gross domestic product (GDP). In the boom years of the 1990s, the corresponding figure was 1 to 2 yuan for every single-yuan advance in GDP.

The diminished capital output ratio has, predictably, led to soaring levels of both public and private debt in China, according to Duesterberg. Part of Beijing’s response has been to pursue increasingly reckless real estate schemes at home.

“In the 1990s, Beijing began to allow sales of land, and local governments seized the opportunity to engineer a boom in land development, which enables them to meet some goals, [but also] created a bubble much larger than in the U.S. and Europe 2008 and comparable to the disaster that faced Japanese bubbles in 1990s,” Duesterberg said.

“One-half of China’s economy in [the] recent two decades has been attributed to the real estate sector, and 80 percent of personal wealth now is tied up in real estate. Half of revenues from local sale and development land taxes are underpinning of the solvency of local government finances.”

All this has set China up for a catastrophic bursting of the real estate bubble, he said, pointing to the Evergrande crisis in recent months.

Miller agreed to a large extent with Duesterberg’s analysis but said he doesn’t think China is poised for a “Lehman moment,” a reference to the catastrophic collapse of Lehman Brothers in the United States that triggered the global financial crisis in 2008. Rather, Miller said he expects China’s economic woes to play out in a more incremental fashion over time.

“I think the consequence of these challenges is that you’re looking at a future of long-term stagnation,” he said. “One thing you keep seeing is that with all this buildup of debt, so much of it non-performing, and with more and more capital going to non-productive uses instead of productive uses, it slows the economy down dramatically over time.”

Duesterberg and Miller both identified a role for foreign capital in bailing out Chinese industry and alleviating some of the most serious problems. The deployment of foreign wealth in the form of stocks, bonds, and venture capital could provide increasing political leverage to make Beijing abide by its World Trade Organization duties and curb its more egregious human rights abuses, Duesterberg said.