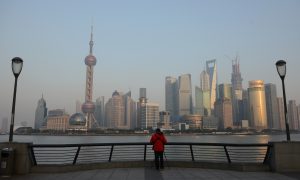 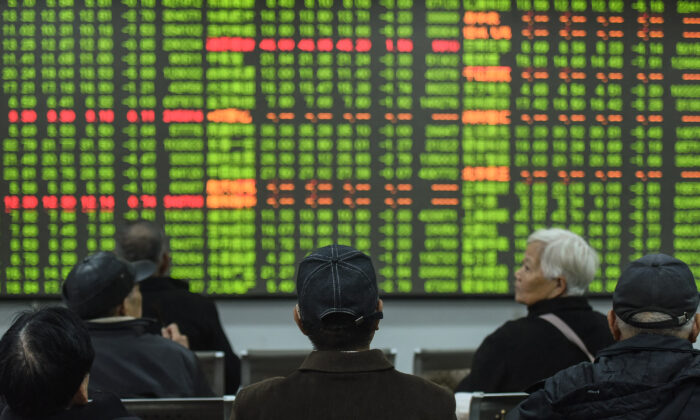 A third stock market will be set up in Beijing to help small and medium-sized companies raise capital, Chinese leader Xi Jinping announced on Sept. 2.

“We will continue to support the innovation and development of small and medium-sized enterprises, deepen the reform of the New Third Board, set up a Beijing Stock Exchange to build a primary platform serving innovation-oriented small and medium-sized enterprises,” Xi said in a video speech during an international fair for trade in services held in Beijing.

China already has two stock markets, both set up in 1990. One is in Shanghai and the other is located in Shenzhen, a city next to Hong Kong.

The New Third Board Xi mentioned is an over-the-counter capital market launched in 2013 in Beijing. Its official name is the National Equities Exchange and Quotations (NEEQ). It has been deemed an easier financing channel for small businesses with its simplified procedure and lower cost.

Xi didn’t provide further details or the timeline of the setup.

Shortly after Xi’s speech, the China Securities Regulatory Commission posted a statement, saying it will build the new stock exchange based on the listed companies in the select sector of the New Third Board.

The regulators said the new stock exchange will position itself as a platform to serve innovative small- and medium-sized enterprises, supplementing the Shanghai and Shenzhen stock exchanges. At the same time it will be more “inclusive” and “targeted.”

The regulators also said they will work with other agencies to lay down the rules and regulations for the new stock exchange and provide technical support.

The launch of the new stock exchange comes at a time when the communist regime has begun to clamp down on Chinese tech giants’ initial public offerings (IPO) explorations.

Last year, the Chinese regime stopped the IPO of Ant Group, an affiliate company of Jack Ma’s Alibaba Group. At the time, Ant Group was set to raise $34.5 billion, which would have become the largest IPO in the world.

In July, Beijing also went after Didi—China’s ride-hailing giant—two days after its IPO was listed in the United States, prompting its shares to drop more than 40 percent.

Chinese bourses in late August halted over 40 IPOs after starting a regulatory investigation into intermediaries in the deals. Around the same time, China also passed a sweeping data law aimed at limiting data collection by tech firms. The escalating regulatory crackdown has wiped out $765 billion in value from Chinese shares listed in the United States in recent months.

Some analysts have expressed skepticism about whether the new stock exchange could prosper.

“In general, small and medium companies tend to engage in smaller transactions and they suffer from poorer liquidity,” Taiwanese macroeconomist Wu Chia-lung told The Epoch Times. For such reasons, “they usually want to get listed on major stock exchanges—such as the one in Hong Kong,” to become more visible, he said.

In a stock market that focuses specifically on small and medium-sized firms, investors would have to spend extra effort on research and consultancy before buying, creating additional challenges for the market’s long-term success.

“I haven’t seen a successful case in security exchanges set up specifically for small and medium-sized firms,” Wu said.

“You can’t shut them down on a whim. If your IPO is tomorrow and I tell you today that you can’t go public, or if right after your IPO I launch an investigation, how could the market run smoothly?” he said. “There is no rule of law.”

Chinese stocks have drawn complaints for not being transparent.

Luckin Coffee launched one of the most hyped U.S. IPOs in 2019 and was seen as a major competitor to Starbucks in China, until it revealed that as much as 2.2 billion yuan ($310 million) in sales were fabricated by its chief operating officer and other staff, resulting in its delisting from Nasdaq last summer.

In the Chinese stock market, Li said, following the regime’s policy is more important than profitability.

The regulatory uncertainty and lack of transparency have made the investment environment in China a “high-risk” one, according to Li.

Compared to the United States, China lacks “a mature regulatory system to execute their plans step by step,” he said. “It’s not something that a leader would come up with on an impulse.”

Luo Ya and Emel Akan contributed to this report.