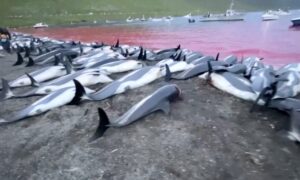 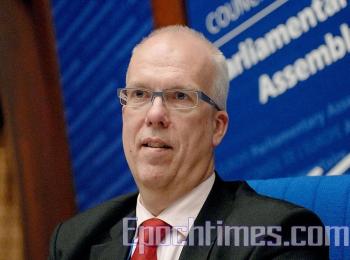 Mr Lindblad pointed out that such interference could only result in more protests around world, and it could well become a trigger for the final disintegration of the communist regime. The Chinese Communist Party’s (CCP) own doings would be as the former Soviet Union leader Lenin described: “If you give them sufficient rope, they will hang themselves.”

He said that after the CCP was granted the right to host the Olympics, the human rights situation in China has grown worse. The CCP has tightened its control over people using security reasons as excuses.

Mr Lindblad called on all participants to the Beijing Olympic to wear a badge with the words “Human Rights and Democracy”, and said that the international community should speak up, take a firm stand and keep themselves informed. He also sent good wishes to the Chinese people, and encouraged them to desert the CCP as quickly as possible for the best possible outcome. “It’s too big a price to pay to be associated with the CCP, the Chinese people can not afford it.”