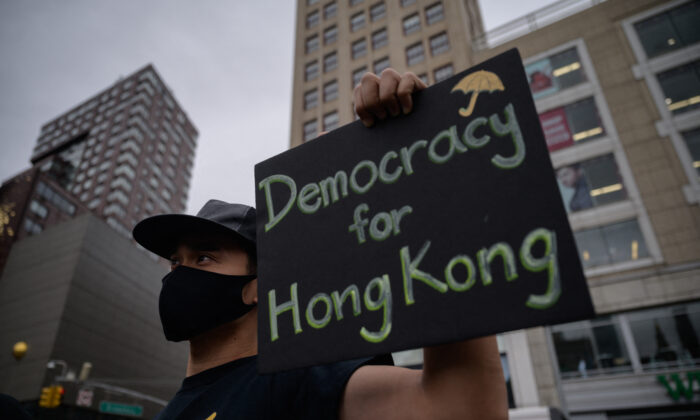 CCP Increasingly Relies on Economic Coercion to Get What It Wants, Silence Opposition, Experts Say

Michael Washburn
Freelance Reporter
Michael Washburn is a New York-based freelance reporter who covers China-related topics. He has a background in legal and financial journalism, and also writes about arts and culture. Additionally, he is the host of the weekly podcast Reading the Globe. His books include “The Uprooted and Other Stories,” “When We're Grownups,” and “Stranger, Stranger.”
View profile
Follow
biggersmaller
Print

The Chinese Communist Party (CCP) increasingly relies on a range of economic tactics to silence opposition, persecute ethnic and religious minorities, and bully, coerce, and manipulate foreign powers,  panelists said at a Dec. 7 hearing of the Congressional-Executive Committee on China.

Although such behavior on the part of the CCP isn’t a new phenomenon, it has grown increasingly blatant and targeted in recent years, the panelists said.

Given China’s status as the world’s top trading nation, its second-largest market, and one of the largest providers of development finance, the communist regime is in a position to exert enormous influence through the use of economic sticks and carrots, said Bonnie S. Glaser, director of the Asia Program at the German Marshall Fund of the United States. Beijing has put such tactics to use regularly in recent years to gain economic concessions from counterparties, she said.

Although such economic bullying hasn’t always gotten the regime what it wanted, the intimidating effect is clear, especially when it comes to any criticism of Beijing’s behavior.

“In the past decade, there have been dozens of instances of PRC economic coercion, which include threats and the imposition of economic costs,” Glaser said, using the acronym for the People’s Republic of China.

“Beijing has successfully deterred countries and companies from undertaking actions harmful to Chinese interests, including refraining from criticizing PRC policies. There are known instances where Chinese officials have threatened economic consequences against countries that refuse to side with China in votes at the U.N. Human Rights Council.”

The use of economic coercion has grown increasingly common since 2010, Glaser said, and its targets tend with ever greater regularity to be firms in democratic nations. The Chinese regime appears to be acting on the calculation that pressuring such companies and business constituencies will lead them to lobby their governments to pursue policies more in line with the Beijing’s preferences, she said.

Glaser cited Beijing’s recent ban of the import of products from Australia and blocking of all imports from Lithuania, in violation of WTO rules, as examples of its increasingly bold use of economic coercion.

Zack Cooper, a senior fellow at the American Enterprise Institute, said that the topic of the hearing couldn’t have been more timely, in view of Beijing’s recent moves to attempt to silence tennis star Peng Shuai, who has accused a former vice premier of China of sexual misconduct. The silencing of Peng illustrates the lengths to which the Chinese regime will go to choke off any criticism at home and abroad, Cooper said, describing economic coercion as a particularly difficult challenge.

“Beijing is growing more willing to use economic tools for foreign policy ends. Whereas there are were only a handful of cases of clear economic coercion by China in the early 2010s, experts have identified dozens of instances in the last few years,” he said.

The Alliance for Securing Democracy, an advocacy group of which Cooper serves as co-director, through its Authoritarian Interference Tracker has identified 67 instances of economic coercion by China against companies and individuals and countries in the past decade, Cooper noted. The behavior tracked include overt threats as well as economic inducements, he said, and the coercion has grown increasingly targeted.

“China’s earlier pressure on Norway and Mongolia broadly impacted key economic sectors in each country, but more recent measures have been designed to isolate specific companies and individuals. Human rights activists, political leaders, and businesses have all come under pressure. Even adhering to foreign laws can now put companies at risk under China’s new anti-sanctions law,” he said.

Jenny Wang, a senior strategy and research associate at the Human Rights Foundation, analyzed the increasing costs that global corporations operating in China must pay. It’s more than just an economic issue, since there are human rights and moral dimensions as well. The firms must comply with draconian laws or face expulsion from the market, she said.

As an example of how economic coercion increasingly works in practice, Wang noted that in March, Swedish apparel brand H&M was met with a boycott in China after issuing a statement of concern about Uyghur forced labor in Xinjiang. That cost the Swedish firm roughly $74 million in sales for the quarter that ended May 31, Wang noted.

“With the 2022 Beijing Olympics just weeks away, it is expected that the Chinese government will continue its fierce campaign of economic coercion as a strategic tool to intimidate firms to remain silent about its human rights record,” Wang said.

He described Hong Kong as an indispensable financial center and a doorway through which much of the cash flow in and out of China moves. This status depends largely on liberal democratic principles, including the rule of law, freedom of the press, and the transparency of corporate governance in Hong Kong, Hung said. All these features of Hong Kong are problematic for Beijing, he said.

Meanwhile, journalists based in Hong Kong have exposed stashes of private wealth kept by Chinese Communist Party functionaries in Hong Kong and have also shed light on Hong Kong-based Chinese front companies that are helping Iran, North Korea, and other regimes to dodge international sanctions.

“Under the new political environment, the Hong Kong and Beijing governments have been passing new laws, besides the national security law, that enhance political control and jeopardize these foundations,” Hung said, referring to liberal norms.

For example, over the summer, the Chinese regime was ready to apply its anti-foreign sanctions law on Hong Kong, which would force companies in the city to choose between violating international sanctions, U.S. sanctions, or violating Chinese law. This impossible choice would have forced many corporations to give up and leave Hong Kong, he said. It also led the Biden administration on July 16 to issue a business warning to U.S. companies doing business there. Beijing later shelved plans to introduce this law.

The Hong Kong government has also begun limiting public access to information about directors and executives of registered companies, Hung noted. In addition, the approval of an anti-doxxing law amendment in September criminalized the publication of ambiguously defined “personal information,” without proof of the alleged harm done, he said.

“It expands the government’s power to prosecute journalists and dissidents who disseminate information about powerful elites. It expands the authorities’ power to request internet platforms to remove content. It gives authorities the power to access electronic devices and search premises without a warrant. This law will force social media companies to comply with the Hong Kong authorities to delete posts or surrender users’ information,” Hung said.

The panelists offered a range of proposed responses to Beijing’s increased use of economic coercion, including the building of a large coalition of countries to boycott the Winter Olympics and put pressure on Beijing, discouraging or banning investment in Chinese government bonds, and showing solidarity with those nations and companies that stand up to Beijing.

Beijing tends not to retaliate so much against large powerful entities such as the United States or the European Union, but to go after smaller countries like Lithuania, Cooper observed.

“What I think we need to do to demonstrate solidarity with those smaller countries is stand behind them and show that through either an anti-coercion mechanism or some other collective action, that actually China can’t isolate these smaller countries. … That, I think, has to be the key message, because otherwise, Beijing will be able to continue picking off smaller countries and companies and individuals one at a time,” Cooper said.

Michael Washburn
Freelance Reporter
Follow
Michael Washburn is a New York-based freelance reporter who covers China-related topics. He has a background in legal and financial journalism, and also writes about arts and culture. Additionally, he is the host of the weekly podcast Reading the Globe. His books include “The Uprooted and Other Stories,” “When We're Grownups,” and “Stranger, Stranger.”