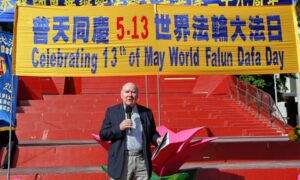 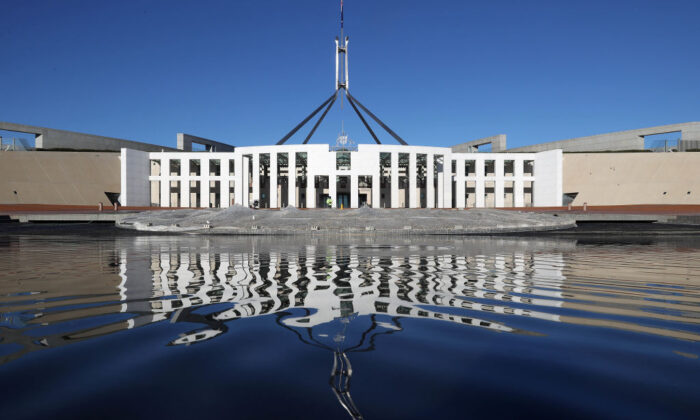 Dr. Lucy Zhao, president of the Falun Dafa Association of Australia, told The Human Rights Subcommittee of the Joint Standing Committee on Foreign Affairs, Defence and Trade that the human rights of Australian Falun Dafa practitioners have been severely impacted by CCP interference for over 22 years.

“The CCP has made the issue of Falun Gong a foreign policy ‘red line,’ and effectively trained the Australian and many other governments to avoid this topic as taboo,” Zhao said.

She noted it was a direct result of the communist regime’s demonization of Falun Gong, a meditation practice combining physical exercise and spiritual teachings.

For example, universities in Sydney, Melbourne, and Adelaide have cancelled screenings of documentaries such as “In the Name of Confucius” and “Letter from Masanjia,” which expose the CCP’s infiltration and persecution of human rights in China.

The documentary “In the Name of Confucius” tells the story of Zhao Qi, a former teacher at the Confucius Institute, and exposes the real purpose of Beijing in infiltrating overseas through the Institute from an insider’s perspective.

The movie has also been one of the primary targets of the Chinese regime’s interference with universities routinely cancelling the films screenings. One example was Victoria University’s decision to unilaterally cancel the booking of a venue for a screening a few days before the documentary screening on Sept. 18 2018.

Documents obtained by The Australian through the Freedom of Information Act revealed that the university made the decision after the Chinese Consulate intervened.

Shen Yun is a North American performing arts company that demonstrates historic Chinese dance techniques lost to China during the CCP’s Cultural revolution. It also addresses the persecution suffered in China by Falun Gong practitioners through the medium of dance and song.

Further, Zhao explained that in 2014, the Chinese Consulate in Sydney issued a press release to all NSW legislators, alleging that Falun Gong was damaging Sino-Australian relations and was an anti-Chinese political group. The consulate advised legislators not to attend Shen Yun performances or meet with Falun Gong practitioners.

Zhao’s testimony follows a submission from the Falun Dafa Association of Australia to the federal Parliament on August 28, 2020 (pdf),  that outlined how Chinese embassies and consulates in Australia, as well as their envoys in business, media, and academia, have been involved in denigrating and inciting discrimination and hatred against Falun Dafa.

A common method is for the embassy and the consulate representatives to send emails and letters to various levels of Australian legislators and community figures, as well as to various organizations, warning them not to have anything to do with Falun Gong or its activities.

The letters threaten the attendees with ill defined consequences for the future of that person or organization.

Zhao also told the committee that the CCP had taken great pains to gain control over the Chinese language media to promote and incite hatred against the Falun Gong community and other dissidents.

The articles aim to incite hatred towards the spiritual practice and its practitioners within the Chinese immigrant community.

Zhao appealed to the Australian government to step up its investigation into organizations associated with the United Front Work Department of the CCP and the China Students and Scholars Association (CSSA), saying that they are agents of the Chinese regime, who operate only to promote communist propaganda and threaten Australia’s democratic values and interests.

The Falun Dafa Association also called on the Australian government to adopt a requirement that any Chinese who become Australian citizens or permanent residents renounce their membership in the CCP.