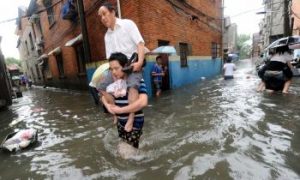 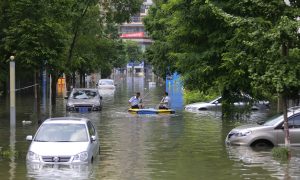 Recently, the Water Resource Bureau in Hukou County, Jiangxi Province, announced an emergency collection of knitting bags, sparking controversy among communities. Many Chinese netizens have denounced the Chinese Communist Party (CCP)’s lack of funding on domestic relief efforts and question what the authorities do with the tax money they collect from their own people.

Due to the continuous rainfall, the water levels of the middle and downstream of the Yangtze River, Dongting Lake, Poyang Lake, and Lake Tai are rising constantly. Flood controls in these areas are critical. On July 12, the National Flood Control and Drought Relief Headquarters decided to raise the flood emergency response level from 3 to 2 (level 2 is a higher emergency response than level 3).