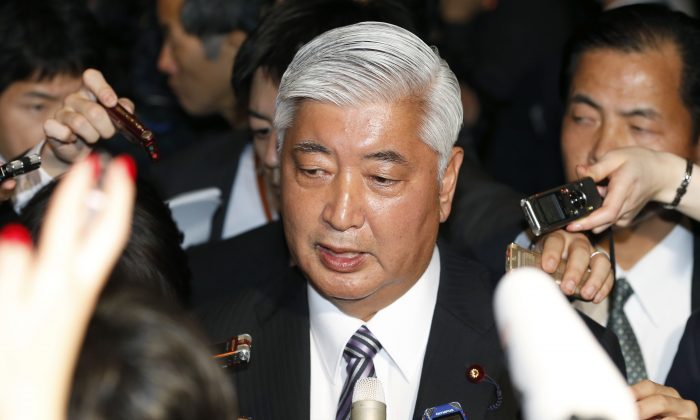 Japanese Prime Minister Fumio Kishida on Monday selected a critic of China’s ruling communist party to be his human rights advisor—a post he promised to create in an election pledge to lead a government that would be vocal about the Chinese Communist Party’s (CCP’s) human rights violations.

Local media reported on Monday that former defense minister Gen Nakatani, 64, a member of the ruling Liberal Democratic Party, will be officially appointed this week when a special parliamentary session convenes.

Nakatani, who co-chairs the Inter-Parliamentary Alliance on China (IPAC), told reporters after meeting with Kishida on Monday that he would “like to deal with international human rights issues according to the prime minister’s instructions.”

Naktani joined the international coalition last year with over 100 legislators from 20 countries, including the United States, to form the cross-parliamentary alliance to combat what they describe as the threat to posed by the Chinese communist regime to “fundamental liberties” and a “free, open, and rules-based international order.”

Kishida, who took office in early November, says he created the international human rights advisor role with the Chinese regime’s human rights violations in mind. He has vowed to take a firm stance for democracy in the Hong Kong following the implementation of the sweeping pro-CCP “national security law” last year, and the human rights of Uyghurs and other ethnic minorities in the Xinjiang region.

It’s estimated that at least 1 million Uyghurs are being held in the region’s network of mass internment camps for what the CCP has said are necessary “reeducation” purposes.

Chinese authorities deny wrongdoing in the region, claiming its measures are to crack down on terrorism, religious extremism, and separatism in the country. They have referred to “extremist threats” to justify what has been strict surveillance and a reports of serious rights abuses.

Nakatani has said that he wants to introduce a Japanese version of the U.S. Magnitsky Act, a law that allows punishment of foreign human rights violators with U.S. asset freezes and bans on travel to the United States.

“As lawmaker, I’ve been tackling a fair amount of human rights issues. I’d like to try and make appropriate advice based on my knowledge and experience,” Nakatani told reporters of his plans in the new government on Monday.

Chinese Foreign Ministry spokesman Wang Wenbin declined to comment specifically on Nakatani’s appointment, saying that it is a domestic political matter of Japan, but told reporters that China’s internal affairs “cannot be interfered in by external forces,” Kyodo News reported.

Hayashi, a former defence and education minister, chose to step down as head of the Japan-China Parliamentarians’ Friendship League to avoid “unnecessary misunderstanding,” following his appointment.

He told reporters on Thursday that it was important to build constructive and stable ties with China, while asking for responsible behavior from its neighbor.