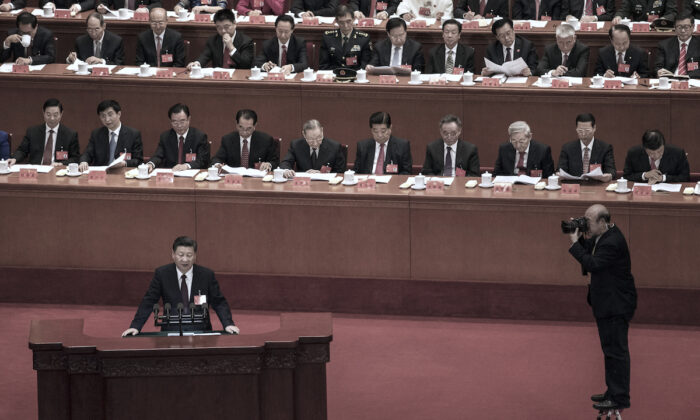 China’s communist regime announced that it will hold its 20th Congress on Oct. 16. The meeting is expected to end with the anointing of Xi Jinping to a historic third term as leader.

About 2,300 members of the Chinese Communist Party (CCP) will convene in Beijing, mostly behind closed doors. The event, which occurs every five years, typically runs for about a week.

There is little expected change in the broad policy direction of the party. Key outcomes will mostly center around personnel shuffles across the party, likely further consolidating Xi’s sway.

Delegates will elect about 200 voting members to the party’s Central Committee, and about 170 alternates from a pre-selected pool.

The new Central Committee’s first plenum, held the day after the Congress ends, will select from its ranks 25 members for the decision-making Politburo.

Vitally, at least two members of the seven-person Politburo Standing Committee have reached the traditional retirement age. A replacement for Premier Li Keqiang, who is set to retire in March, will also be decided.

The Congress will present Xi with yet another opportunity to consolidate power by positioning friendly figures in positions overseeing economic, diplomatic, security, and social policy for the next five years.

Xi in the Spotlight

Chinese state-owned media described the Congress as “a crucial moment,” and holding “great significance” for the future of the party and, by extension, China. This is true, perhaps, for no one more than Xi.

Xi has continuously consolidated power to himself since becoming the head of the CCP in 2012.

Xi has concentrated decision-making power and political authority, consolidating his position in what is officially described as the “core” of the CCP.

While Xi’s accumulation of power and systematic elimination of opposition have already drawn comparisons to former dictator Mao Zedong, a third term as head of the CCP would break the norm of his predecessors to step down after two full terms. Such a break has been expected since 2018, however, when Xi scrapped the two-term limit from the constitution.

As such, Xi is expected to exert largely unchallenged control over key appointments and policy directives at the Congress, and to further champion his vision for the so-called “rejuvenation of the Chinese nation.”

Notably, that vision has thus far seen Xi actively challenge, undermine, and rewrite more traditional forms of Maoism, promoting his own “Xi Jinping Thought” and even going so far as to have the questioning of his reforms branded as a problem for national stability.

Should Xi successfully consolidate power and secure his third term, it is unlikely that the increasing aggression emanating from the regime would be tempered.

Under Xi, China has become more assertive on the global stage, promoting China as an alternative to the U.S.-led liberal world order and conducting increasingly aggressive foreign campaigns, including massive spy operations in the United States.

After the congress, Beijing will have to contend with a protracted economic downturn, what to do about its ongoing COVID-19 policies and souring relations with the West.

Also in the limelight will be the issue of Taiwan, which Xi has identified as a critical problem he is determined to resolve during his reign.

Xi has vowed to unite Taiwan with China by any means necessary, and he has already quashed dissent in Tibet, Xinjiang, and Hong Kong.

Though the CCP is not likely to launch an invasion of Taiwan in the immediate future, many believe that the regime’s recent unprecedented military drills around the island were preparation for just such an endeavor.