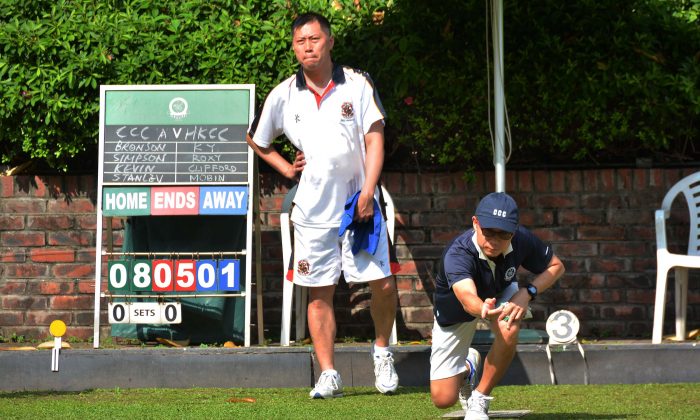 HONG KONG—Craigengower Cricket Club is on course for their first top flight trophy since 1994 after recording straight victories in the first two games of the season.

CCC is boosted by the inclusion of new recruit Stanley Lai from last year’s champion Kowloon Bowling Green Club.  Of the 12 bowlers currently representing CCC’s A team, six of them joined as elite athletes in the last three years and Lai is the latest one.

In the first HKLBA Premier division 1 game of the season two weeks ago, CCC defeated strong arch-rival Kowloon Cricket Club 7-1 at home.  KCC has won seven Division 1 champions since 2000 and holds the same number of top flight titles as CCC.

CCC went on to defeat newly promoted Hong Kong Cricket Club at home in the second game last weekend, May 7, to move three points clear at the top of the standings.  They also achieved a massive shot difference of 70 shots in the process.

Second place is held by Hong Kong Youth Team who joined the elite division for the first time since its establishment in 2000.  The team has recorded two 6-2 victories, one against Hong Kong Football Club at home and the other match away from home against Island Lawn Bowls Club.

KBGC, the defending champion, performed reasonably well despite losing four key players this season.  They first lost to their clubmates of the B team 2-6 but bounced straight back in the second game to defeat Tuen Mun Sports Club 8-0 away from home.  The team now have 10 points and sit in fourth place.

In the women’s Premier League, defending champion Hong Kong Football Club-A is on course for their record breaking voyage towards a 10th consecutive title with two wins in the first two games.

Premier fixtures take a miss this week but restart on May 21. On Sunday May 15, Round 1 of the National Triples starts with matches at 10am (Women) and 3pm (Men) at all greens in Hong Kong.