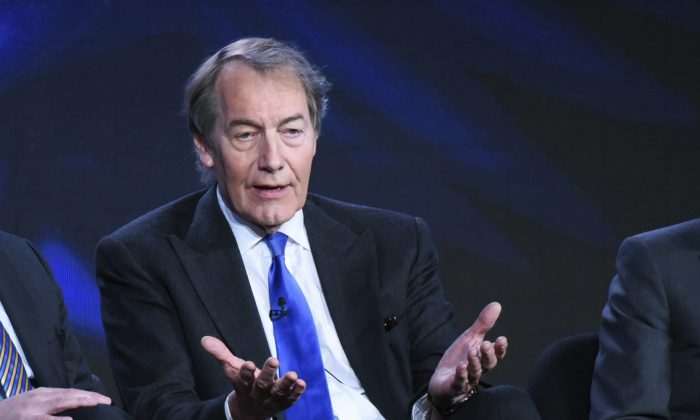 Charlie Rose participates in the "CBS This Morning" panel at the CBS 2016 Winter TCA in Pasadena, Calif., on Jan. 12, 2016. (Richard Shotwell/Invision/AP)
Entertainment

The 75-year-old newsman’s surgery is scheduled Thursday. He said Wednesday he plans to return to work in March. He’s been a host of “CBS This Morning” since its start in 2012, and also has a long-running PBS interview show.

Rose said the surgery was his choice, unlike in 2005 when he had to undergo emergency surgery to replace the same valve while on an overseas reporting trip.

Gayle King and Norah O’Donnell are his co-hosts on “CBS This Morning,” which has risen in the ratings to be competitive with the “Today” show and “Good Morning America.”