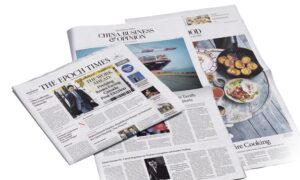 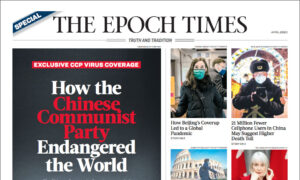 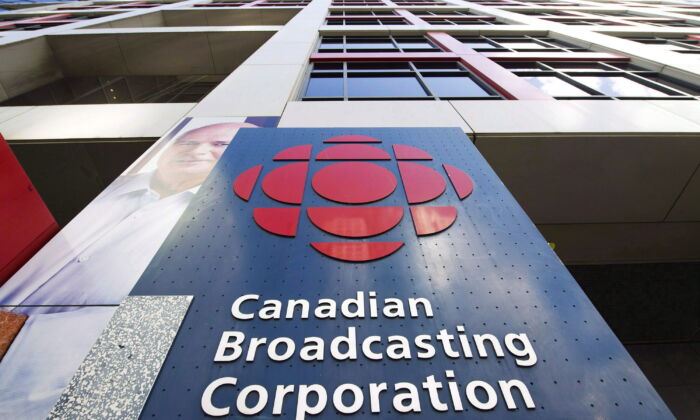 Instead of producing ‘poor journalism,’ public broadcaster should be investigating the source of the pandemic, say Chinese-Canadian community leaders
By April Zhu
Print

In CBC’s recent reports accusing an Epoch Times special edition of racism for reporting on communist China’s coverup of the virus outbreak, the public broadcaster failed to grasp what’s important for readers to know and instead fell into the regime’s trap of playing the racism card, say two leaders from the Chinese and Hong Kong support communities in Canada.

“In the face of what could be said to be the biggest disaster in a century, Canada’s public media is not devoting more resources to investigating the origin of the disaster and the truth about the virus, but is instead using resources to attack a private media that’s tracking down the truth,” said Toronto-based author and democracy activist Sheng Xue.

The Epoch Times eight-page special edition, titled “How the Chinese Communist Party Endangered the World,” was recently distributed in various parts of Canada. It provided coverage on different topics related to the virus outbreak in China, including the regime’s efforts to cover up the outbreak and its use of propaganda to shift the blame for the pandemic.

According to Epoch Times Canada publisher Cindy Gu, the distribution was done because the paper considers “that information to be important to Canadians” and also as part of efforts to gain new subscribers and raise brand awareness.

In response, CBC News produced multiple programs and articles on its TV, radio, and website platforms broadly reporting on a single reader’s view that The Epoch Times was “racist and inflammatory” for pointing to the Chinese regime’s role and responsibility in the global crisis caused by the CCP virus, commonly called the novel coronavirus.

“Racism can be said to be a political weapon that’s been used in major Western democracies for decades. Many people use this weapon,” said Sheng, vice-president of the Federation for a Democratic China, a global organization founded in Paris, France, in 1989 following the Tiananmen Square massacre.

Sheng noted that many of those who work for The Epoch Times, from its founders to its journalists, are Chinese and include those who have suffered persecution under the CCP.

“So which race is CBC referring to?” she said. “It’s ridiculous and very naive for CBC to use such a weapon as racism [to attack The Epoch Times].”

CCP and China Are Not One and the Same

Gloria Fung, president of Toronto-based Canada-Hong Kong Link, agreed. The CCP has launched a global disinformation campaign to evade responsibility for the pandemic, including playing “the racism card in claiming criticism of the Party to be a spread of hatred against Chinese people,” she said.

“The CBC reporter fell into this trap and apparently failed to distinguish between criticism of a political party and racist attitudes toward a people. Many pundits and people from the Chinese Canadian community would have been happy to speak about that, but the reporter apparently did not outreach to them.”

Fung called the CBC reports “poor journalism and very biased” and “so one-sided they are almost hatchet jobs.” She said the national broadcaster should have mentioned the fact that many governments and commentators worldwide are calling Beijing to account for its actions on the pandemic.

“This would have provided much-needed context to the story,” she said. “Considering the global outcry, this would be a good time for our federal government to support the demand for an independent investigation into how China suppressed and continues to suppress pandemic information and hold its government accountable for the global spread of the virus.”

In the wide-ranging interviews with Fung and Sheng, the two community leaders also shared their views and warnings about the CCP’s far-reaching influence in other countries and at the World Health Organization (WHO).

“It’s very obvious that China withheld information about the pandemic. It appears it has undue influence over the WHO at the top levels,” Fung said.

In particular, the CCP’s United Front network is a state organization that operates worldwide, penetrating every aspect of society to promote CCP interests, including in the political, business, academic, media, and cultural sectors in other countries.

Sheng described it as “a poisonous spider weaving an enormous web that’s totally under the CCP’s direct control.”

Its “agents” are spread out over a large number and variety of institutions, social groups, NGOs, and community associations that have established themselves in Canada over a long period of time and taken in many local Chinese people, she said.

Fung noted that she was told by mainland Chinese members of her group that United Front organizations were mobilized in January “to vacuum up most of the world’s PPE [personal protective equipment] at low prices and ship them back to China.”

This let the CCP sell its surplus of PPE inventories to other countries at a steep profit, she said.

Sheng said the Party has also provided these supplies to some targeted countries, “to let these places begin to be grateful to the Chinese communist regime.”

In addition, “Huawei has been accused of donating masks to certain countries to influence them to make a favourable decision on the company’s participation in their 5G network development,” said Fung.

CCP’s Influence and Control of Media in Canada

Fung added that “nearly all Chinese-language media in Canada are under the direct control of communist China” and “will exercise self-censorship under undue influence or advertising pressure from the pro-Beijing camp here.”

Sheng said that within the Chinese-Canadian community, “those with independent opinions, especially those who do not buy into the CCP’s politics and narrative, are isolated, discriminated against, cracked down [on], and attacked etc.”

She gave The Epoch Times as an example of an independent newspaper that has not been intimidated and has become increasingly influential in Canada and around the world.

“The Epoch Times is a very active media that’s been investigating and digging up information that cannot be reported on in China, and daring to report information that those overseas media influenced and controlled by the CCP dare not report,” Sheng said.

“I believe the CCP should be very afraid of The Epoch Times exerting an even greater influence during this time [of the severe global crisis], when of course the most important thing is to expose the CCP’s conduct behind the scenes.”

That could be cause for the CCP to try to step up in finding ways to interfere and obstruct The Epoch Times from doing its work, she noted.

“This kind of infiltration and influence, along with a certain degree of control, is a very serious issue facing Canada’s national security,” Sheng said.

“Those Chinese people who’ve lived in democratic countries for many years not only are defending the tyrannical regime but are also, at this severe moment, coming out to damage the interests of these countries, ignoring the safety of the people of those countries while helping the CCP’s tyranny.”

Fung said it’s of utmost importance for democratic countries to revisit their strategy toward communist China after the pandemic subsides.

“The previous silent diplomacy has failed and given communist China the opportunity to emerge as an invasive power, posing a direct threat to our democracies,” she said, noting that “we need to work with democratic allies to retake control of international institutions, including but not limited to the WHO, WTO, and the U.N.”

“This time it’s not only the virus that’s damaging our health, but also the CCP itself is a very contagious virus, which has been planting its poisonous roots in the majority of the countries and regions around the world for a very long time,” Sheng said.

“We must pull out the black hand behind the virus and make a very long-term plan to avoid it in the future.”