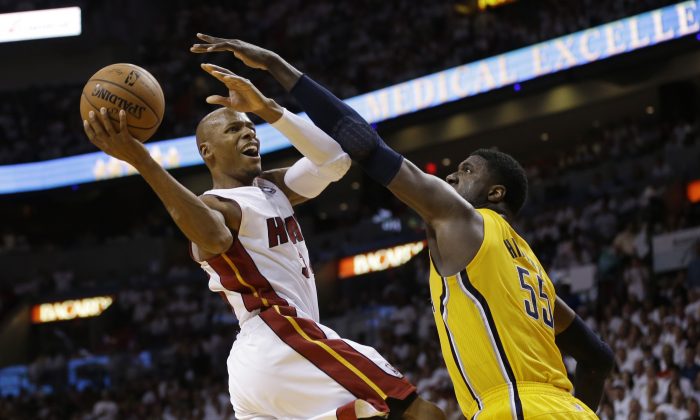 The Cleveland Cavaliers rumors and news keep flying this offseason.

Cavs Have Inside Track to Allen

Ray Allen is still making up his mind on whether to retire or return for another year, but some are saying that if he does return it will likely be to the Cavaliers.

Churck Myron of Hoop Rumors says that the Cavs and San Antonio Spurs are at the top of the list.

“I said the Spurs made sense several weeks back, so I wasn’t surprised to see them jump into the mix. They’ve got their entire $5.305MM midlevel to go around, the sort of veteran coach Ray says he wants, and they’re obviously a contender,” he said.

“But with Sam Smith’s report from this weekend, among others, suggesting he’s more open to playing for the minimum than he indicated previously, that gives the Cavs as good a shot as anyone. So if I had to guess, I’d say one of those two teams.”

Sam Amico of Fox Sports says that when Chris Grant was the general manager, the locker room was “toxic” and there was a “losing mindset.”

“One example: He would tell players if they didn’t get their act together he was gonna trade them. Griffin had to come in and tell them ‘You’re not getting traded. It’s all OK. Let’s have some fun,’ Amico said.

“Then, despite a coach who was overmatched and the players didn’t like playing for, the Cavs finished 17-16 and made a run to the playoffs.”

The Cavs reportedly reached out to the Denver Nuggets about center Timofey Mozgov and have even reportedly offered the Nuggets a first round pick for Mozgov, but it seems that the deal won’t happen.

A fan asked Myron of Hoops Rumors if Mozgov would be on the team come October.

“Those chances are a lot lower than the Cavs would hope. The Nuggets like you a lot, and for good reason, since you’re the most proven commodity that team has at center, outside of the undersized J.J. Hickson,” it said.

“If I were Denver, I’d ask for Tristan Thompson as a part of any deal, and I imagine Cleveland would want more than just Mozgov to part with him.”

Sam Amico previously said that it’s “100 percent” sure that the Cavs will land a rim protector before the season starts. It’s unclear who the Cavs are targeting outside of Mozgov, though.