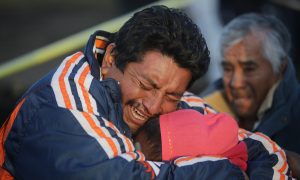 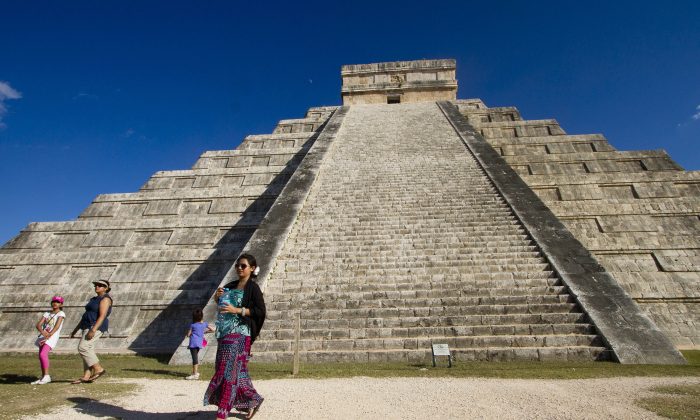 A Mayan “ritual cave” that was untouched for 1,000 years was discovered by Mexican archaeologists.

The cave system, which was possibly sealed for millennia, is located under the ruins of the Mayan city of Chichen Itza, which was believed to have been founded at around 750 AD.

The cave is about 1.2 miles from the Temple of Kukulcan, a pyramid at the center of Chichen Itza, archaeologists told the AFP news agency.

The cave has about 155 ceramic braziers, which are used for burning, and incense pots, The Independent reported, citing the Mexican National Institute of Anthropology and History.

The items are said to date to around 1000 AD. They contain some bone fragments and burnt materials, the National Institute of Anthropology and History said.

“You almost feel the presence of the Maya who deposited these things in there,” Archaeologist Guillermo de Anda told National Geographic.

The items, he added, were “completely untouched,” adding that the pots bore the likeness of the rain god, Tlaloc, which is sometimes called the “jaguar god,” according to The Independent.

De Anda said the Mayans would have had to crawl on the stomachs through narrow passageways to get to other chambers in the cave.

The cave system was found about 50 years ago by local people, but they didn’t fully explore it.

“Balamku will help rewrite the history of Chichen Itza, in Yucatan. The hundreds of archaeological artifacts, belonging to seven offerings documented so far, are in an extraordinary state of preservation,” said de Anda, Fox News reported. “Because the context remained sealed for centuries, it contains invaluable information related to the formation and fall of the ancient City of Water Wizards, and about who were the founders of this iconic site.”

In the AFP report, de Anda was warned by indigenous Mayan people that venomous coral snakes guard the cave system.

De Anda said they discovered one that blocked their access to the cave for about four days.

The archaeologist said that they won’t remove the artifacts and will study them on site, AFP reported.

The findings may tell researchers when exactly the Mayan civilization collapsed.

“Balamku can tell us not only the moment of collapse of Chichen Itza, it can also probably tell us the moment of its beginning,” de Anda told LiveScience, referring to the cave system’s name. “Now, we have a sealed context, with a great quantity of information, including usable organic matter, that we can use to understand the development of Chichen Itza.”

The archaeologist said he hopes that the cave system will lead to Kukulcan, the pyramid.

More than 150 ritual objects—which hold clues to the rise and fall of the ancient Maya—were accidentally discovered in a cave system in Mexico.

“Let’s hope this leads us there. That is part of the reason why we are entering these sites, to find a connection to the cenote under the Castillo,” he was quoted by The Independent as saying.