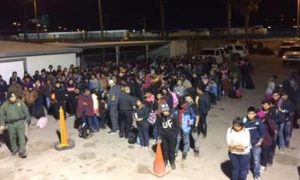 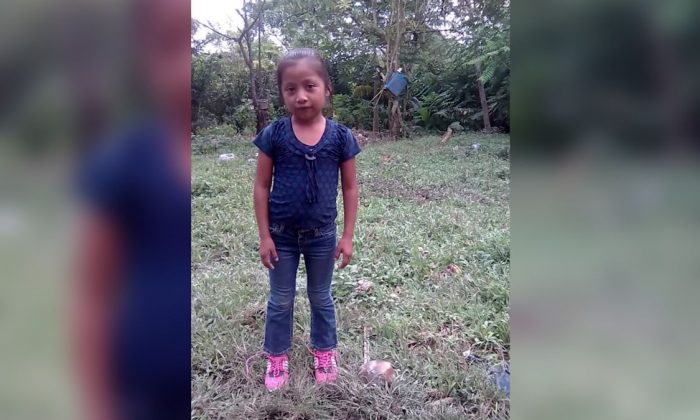 A 7-year-old Guatemalan girl died of a bacterial infection while she was in U.S. Border Patrol custody in late December.

The El Paso County Medical Examiner’s office in Texas said on March 29 that Jakelin Caal Maquin, the girl, died more than one day after she was apprehended by Border Patrol agents with her father, reported The Associated Press.

An autopsy found that traces of streptococcus bacteria were found in the girl’s lungs, spleen, liver, and other organs, AP reported, adding that she had a “rapidly progressive infection” that led to organ failure.

“The clinical course and autopsy finding are those of a rapidly and progressive infection, with prompt systemic bacterial spread,” the autopsy report stated, reported KVIA.

After her death, her father, Nery Gilberto Caal Cuz, signed a form that said she was in good health. They boarded a bus at around 4:30 a.m. from the Antelope Wells port of entry for the Lordsburg station.

Her father said the girl was vomiting after the bus left at around 5 a.m., the Border Patrol stated.

“The initial screening revealed no evidence of health issues,” the Department of Homeland Security said, according to a previous Epoch Times report. “During the screening, the father denied that either he or his daughter were ill.”

During the 90-minute bus trip, Jakelin’s temperature reached 105.7 degrees Fahrenheit. She was revived by a medical worker, according to AP.

When the bus arrived in Lordsburg, she was flown to a hospital in El Paso, where she was later pronounced dead.

Border Patrol Commissioner Kevin McAleenan said that the agents who responded to the case “are deeply affected and empathize with the father over the loss of his daughter.”

“We cannot stress enough the dangers posed by traveling long distances, in crowded transportation, or in the natural elements through remote desert areas without food, water and other supplies,” McAleenan said in a statement.

Caal said that Border Patrol agents did their utmost to save Jakelin.

Guatemalan Consul Tekandi Paniagua stated on Dec. 15 that he had “no complaints about how Border Patrol agents treated him and his daughter.”

Caal, however, disputed reports that said he didn’t give water or food to his daughter before they were detained by agents.

“Jakelin’s father took care of Jakelin, made sure she was fed and had sufficient water,” his lawyers said in a statement. “She had not suffered from a lack of water or food prior to approaching the border.”

At the time, the White House said the girl’s death was tragic.

“Our hearts go out to the family and to anyone who’s suffered any type of danger and peril that they see so often when they make that trek up from the southern border,” Hogan Gidley, a White House spokesman, said.